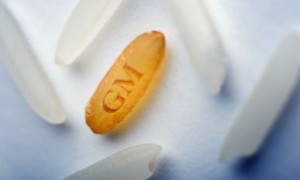 Asia’s rice farmers produce between 1-2 harvests a year depending on the climb and climate of any given region. They do so to sell their rice, generally to mills who in turn sell the final product to exporters or for domestic consumption. Out of each harvest, rice farmers keep a portion for their own consumption, but the vast majority of what they grow is for income.

The UK-based Rice Association claims there are up to 40,000 species of rice, with a wide variety of characteristics suitable for different markets and uses. Rice farmers grow those which local, national and regional markets are best suited to move. In nations where subsidies are offered for rice crops, cheap, easy to grow varieties are chosen. More desirable or exotic species are grown by independent farmers who have developed their own cooperative with millers, marketers and exporters. The rice Asians eat depends on both economic and market realities. The impoverished eat what is cheapest and most easily available, but not necessarily that which is healthiest.

Poor diet leads to vitamin deficiencies, a persistent problem among the impoverished. A lack of basic healthcare and education allows the otherwise easily rectified problem to continue unresolved. The World Health Organization (WHO) states on their website, “an estimated 250,000 to 500,000 vitamin A-deficient children become blind every year, half of them dying within 12 months of losing their sight.” This statistic is global, not regionally specific to Asia, but Southeast Asia in particular suffers from such deficiencies.

WHO prescribes cheap vitamin supplements and the promotion of local gardens to produce a variety of fruits and vegetables that can easily solve not only vitamin A deficiency, but other deficiencies as well. WHO states, “for vulnerable rural families, for instance in Africa and South-East Asia, growing fruits and vegetables in home gardens complements dietary diversification and fortification and contributes to better lifelong health.”

Surely then, one would expect both regional governments and international organizations to focus on these recommendations. However, there is a vocal and growing cry to solve this problem with another, more radical solution, the implementation of genetically modified (GM) rice containing beta-carotene to target specifically vitamin A deficiency in Asia. Promoted by the International Rice Research Institute (IRRI), directly funded by agricultural giants Monsanto, Syngenta, Bayer and others, along with the Consultative Group on International Agricultural Research (CGIAR) which is also partnered with big-business agriculture, genetically modified “Golden Rice” containing beta-carotene is promoted as the solution to saving “millions of children.”