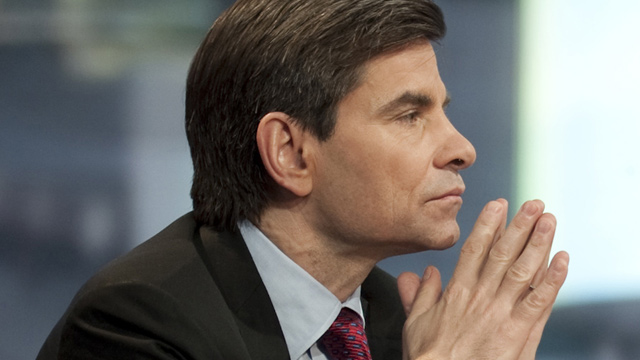 (NaturalNews) Mainstream media news anchors just can’t help lying all the time, it seems. Mere months after NBC News anchor Brian Williams was outed for utterly fabricating a long list of sensational news stories, ABC News anchor George Stephanopoulos has been exposed as a Clinton crime family operative who donated $50,000 to the Clinton Foundation and then deliberately withheld that information from his employer and ABC News viewers, reports Politico.

The $50,000 donation was only disclosed after The Free Beacon inquired about Clinton Foundation records. Realizing he couldn’t hide it forever, Stephanopoulos then disclosed the donation to Politico’s Dylan Byers.

The Clinton Foundation is the same crime family slush fund that has been financially supported by Monsanto, the Bill Gates Foundation (for vaccines), and the world’s most evil corporations such as ExxonMobil and Goldman Sachs. Click here for the full list. The Clinton Foundation also received strategic donations of millions of dollars from foreign governments, even as Hillary Clinton made key decisions in their favor as Secretary of State. Some of those decisions involved giving Russia new access to uranium resources used to build nuclear weapons.

Stephanopoulos incessantly pretends to be a journalist, not a political operative, and he conducts interviews posing as a journalist. His financial ties to the Clinton crime family were never disclosed, even as he conducted interviews with people like Peter Schweizer, author of the explosive new book, “Clinton Cash.”

After getting caught, George Stephanopoulos apologized with yet another big lie, claiming he was donating to “AIDS prevention and deforestation [causes].” That’s the nobody-believes-you cover story, of course, but even if that were true, the Clinton Foundation only spends 10 cents on the dollar for actual programs (charity grants) in some years. The other 90 percent of the money goes to Clinton family salaries, travel and “other expenses” which are not described in detail.