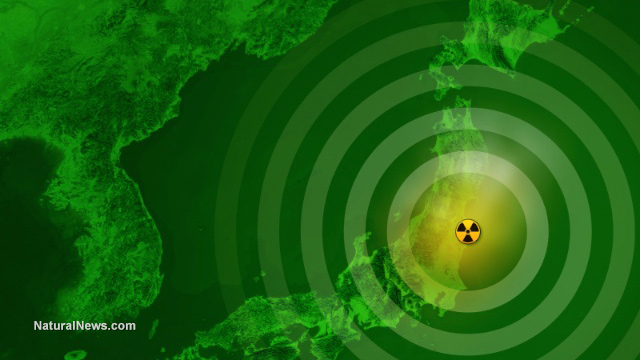 In March 2011, a major earthquake and tsunami triggered three separate meltdowns at the Fukushima plant. Large quantities of water have been rendered radioactive from being used to cool the crippled reactors. In addition, groundwater has been leaking into the basements of the reactors, mixing with contaminated water there and also becoming radioactive. TEPCO has been frantically pumping this water out and concentrating it into onsite storage tanks in an effort to minimize how much radioactive water spreads beyond the plant as groundwater.

The leak was found on the same day that TEPCO resumed tests for its beleaguered plans to construct a nearly mile-long “ice wall” of frozen soil to prevent more groundwater from infiltrating into the plant.

Workers piled sandbags around the tank to keep the leak from spreading, TEPCO said.

The leak was the second one reported in the last few weeks. In late April, a still-unexplained power outage caused water transfer pumps at the plant to shut down. The pumps were being used to move radioactive water from one drainage channel into another after it was revealed that water had been spilling from the first channel directly into the Pacific Ocean. When the power to the plants shut down, radioactive water resumed flowing into the sea. Approximately 100 tons of contaminated water — also exceeding the legal limit — are estimated to have escaped before power was re-established.