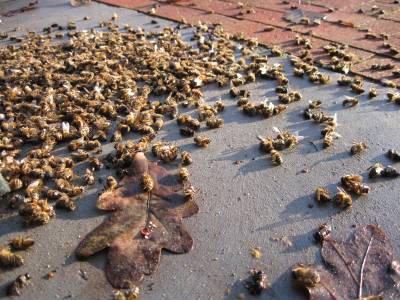 French lawmakers approved plans for a total ban on some widely used pesticides blamed for harming bees, going beyond European Union restrictions in a fierce debate that has pitched farmers and chemical firms against beekeepers and green groups.

The EU limited the use of neonicotinoid chemicals, produced by companies including Bayer CropScience and Syngenta , two years ago after research pointed to risks for bees, which play a crucial role pollinating crops.

Crop chemical makers say the research blaming neonicotinoid pesticides is not backed up by field evidence and a global plunge in bee numbers in recent years is a complex phenomenon due to multiple factors.

The French outright ban on neonicotinoid pesticides was adopted by a narrow majority late on Thursday by France’s National Assembly as part of a draft bill on biodiversity that also contains an additional tax on palm oil.