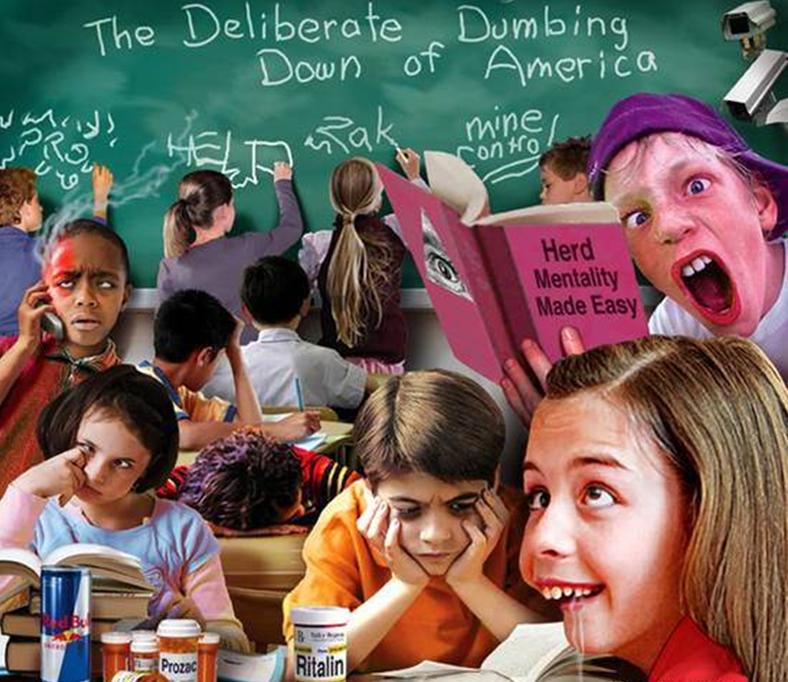 Whilst there are numerous conspiracies circulating one that is perhaps most urgent is the general mental degradation of the modern westerner.

I have two topics I want to cover so here goes.

When I was a school kid growing up in the UK one of the Science teachers we had who was an old gentleman would often tell us that our exams were a joke compared to what he had to endure as a young man. He would say this whenever someone in the class would complain about how difficult a particular exam or topic was. We all thought he was just overly nostalgic about “the good old days” and generally did not believe a word of it.

The School I went to was a couple of hundred years old and it retained exam papers in its archives going back quite some years. One day when somebody in the class suggested that they were in disbelief about his statement he went to the archives and randomly selected three past science exam papers of perhaps 10, 20 and 50 years old.

He set us down and we took the exam under exam conditions on three separate days…we all flunked it completely! Even the persons who considered themselves to be the brightest walked out of that exam feeling like a total fool.

I realised he was telling the truth and have to say although it was an ego kick it was good to experience the truth. This experience helped me in two ways, firstly it opened up the possibility in my mind that “modern” humans may not be the cream of the crop that we generally think or are told we are, is it possible that there were ancient civilisations that were intellectually equal or more advanced then us? The second thing it alerted me to was the obvious decrease in standards in the western education system. 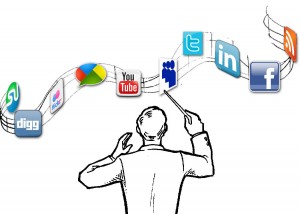 time and I came to only one conclusion. The exams are being adjusted so that although the level of education “in reality” is plummeting in western country’s an illusion is being maintained so as not to alert the general public. Lets put it this way if exam grades were recorded as steadily plummeting with each passing year for the last say 70 years people would start to ask questions. If however exams were being rigged/made easier an illusion could be created that grades are being maintained or even improving.

Who would be behind this? Those who have infiltrated the western education system and are actively engaging in a dumbing down campaign against the general public in select country’s. See if grades were steadily dropping people would be alerted to the reality of this!

The second topic I want to talk about is related to the one just covered and that is the decrease of general awareness in humans which is now endemic among the young. What I mean by awareness is your awareness of your surroundings and people around you in everyday life.

I used to do martial arts and one of my teachers used to talk about this all the time. He said you simply cannot hope to defend yourself from any attacker if you have poor awareness of both your surroundings and those around you…awareness is key!

This man knew something about awareness as he had tuned his awareness over years of hard training and meditation to the point where he could literally fight you with his eyes closed which he demonstrated on a few occasions.

He spoke about a disease which was sweeping the modern world and he spoke with great sadness about how most humans are now walking around as though they had a blanket thrown over their heads. He said that this was a serious problem and that humans were losing their basic instincts and natural ability’s.

I started to notice this myself and the more I became aware of this the more it irritated me. When I am driving it’s not uncommon now just to have someone walk straight out in the road as though in a hypnotic trance neither looking left or right only to be shook out of their hypnotic trance by the sound of a car horn. Its not uncommon now to be walking down the road and have someone literally walk right into you and say “sorry I didn’t see you”. It is not uncommon now for a person to be walking down a road and be completely oblivious that you are walking right behind them, you could almost breath on the back of their neck and they wouldn’t even know you were there. It is not uncommon now to be in a bar and have someone trip over you or spill their drink on you. You could simply say that the modern population are becoming oblivious!

I was in absolute disbelief when one day whilst descending on an stairs elevator a guy a few persons in front stepped off and bent down to tie his shoes only to have everyone behind fall over him. He stood up in disbelief as though he did not understand what just happened. I was so angry I could have hit him but settled for calling him a prick instead!

me on the same path. He had his mobile phone up in front of his face whilst at the same time was walking forward. I simply stopped where I was and waited to see if he would actually continue to walk into me which he predictably did….this sickness has effected almost all western people but particularly the young!

What the hell is going on and what hope do we have for the future if people can’t even manage the basics. If things continue as present we have little hope for the future but perhaps there are powers that want exactly that…a nations of fools who are unable to respond effectively to a given situation.

I have noticed that the media are increasingly trying to pervert the minds of viewers by promoting a trivial lifestyle where people are encouraged to be shallow individuals and the dumb are held on a pedestal as role models and fun people.