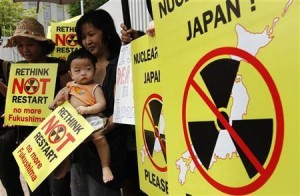 all things of nature, there is something of the marvelous. — Aristotle

In wildness is the preservation of the world. — Henry David Thoreau

The earth is what we all have in common. — Wendell Berry

We’ve arranged a global civilization in which most crucial elements profoundly depend on science and technology. We have also arranged things so that almost no one understands science and technology. This is a prescription for disaster. We might get away with it for a while, but sooner or later this combustible mixture of ignorance and power is going to blow up in our faces. — Carl Sagan

The issue of the environment can be viewed through a fascinating variety of historical and philosophical lenses. We, the “failed species,” find ourselves on the verge of “transhumanist” transcendence, or, on the skids toward extinction on an eroded and polluted planet. Without a biodiverse ecology, there is no economy. Don’t try to kill Mother Nature, she will sneeze at you, wait a few million years and then go on to something else.

The amount of highly radioactive waste from global nuclear power production increases every day. The monetary cost of storing or disposing of it (probably eventually just dumping it back into the environment when no one is looking), is skyrocketing. As yet, there is no safe storage method that is tried and true. Although dry cask storage is much safer than open fuel pools, it is an interim and not long term storage solution .

Considering the high cost and danger of storing nuclear waste for thousands of years, why don’t we just switch to a non-nuclear energy economy today?

Japan is the most outrageous example of bad planning. In the most seismically volatile region of the world it would be unthinkable to bury the waste, and “recycling” the spent fuel was a Promethean dream.