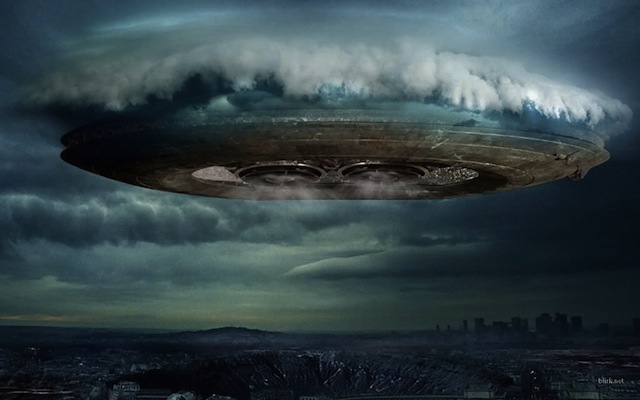 What passes as the leadership of the Western world, especially the United States, is acting in such a stupid and downright evil manner that we have to ask the question of who they really work for. As this article is being written, the secret government of the West is continuing to spread bio-weapons, yet again threatening nuclear terror, trying to start World War 3 in the Middle East or Europe and otherwise behaving like a bunch of psychopaths.

Then there is what appears to be some sort of secret weather warfare going on. As this story goes to press, supposed super typhoon Vongfong

is directly over Tokyo and yet it is hardly even raining and there is no wind. A look at the Japanese infrared and visual weather satellite photographs of this typhoon over the past 48 hours show some very unnatural goings on. On the one hand the typhoon seems to be hit with pockets of cold dry air, causing it to break up, then, there are unnatural pulses of ultra-hot plasma appearing in the infrared photographs causing the storm to gather strength. In the end, though, whatever forces were turning the super-typhoon into ordinary rain clouds have prevailed and Tokyo is just fine.

Whoever or whatever was responsible for these goings on were clearly not connected with our visible governments. Nor do we appear to be dealing with normal weather patterns. Certainly the forecasters have been dead wrong for all the recent typhoons despite a very good historical track record.

It is also clear from other goings on that the official governments of the world have little real power or clue to what is really going on. This was shown at the G20 finance ministers meeting held last week in Australia. The representatives of a group of countries that account for 85% of world GDP called for $1 trillion a year in infrastructure funding