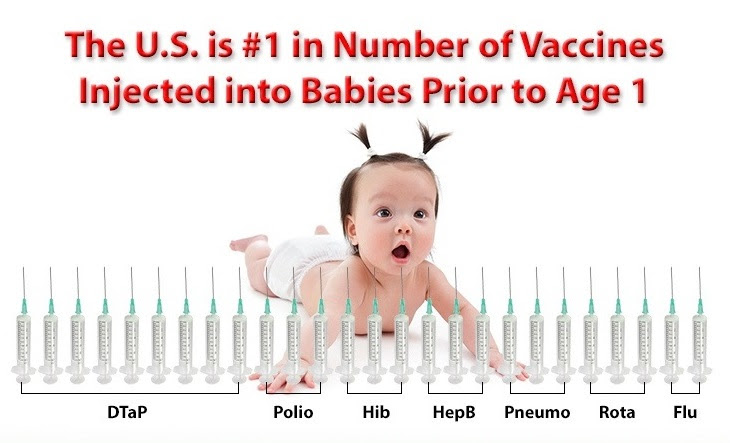 By the Children’s Health Defense Team

Spending jumped by 56% between 1996 and 2013—with some of the increase likely covering vaccine program costs that began “dramatically” escalating in the 1990s—but these substantial outlays are not translating into a rosy health picture for American children. Instead, leading child health indicators seem to be giving new meaning to the phrase “geography is destiny.”

International comparisons show that the U.S. has ranked lowest among twenty developed nations for child mortality since the 1990s and currently ranks behind 55 other countries worldwide for infant mortality.

The U.S. also lags behind other developed countries in terms of the rate at which infant mortality is declining—in fact, infant mortality due to prematurity or low birthweight began trending upward in the late 1980s.

At present, U.S.-born children are 76% more likely to die before their first birthday than infants in other wealthy nations—with 1 out of every 270 American babies dying in their first year of life as of 2015. Thus, from infancy on, young Americans are confronted with the challenge of beating terrible odds.