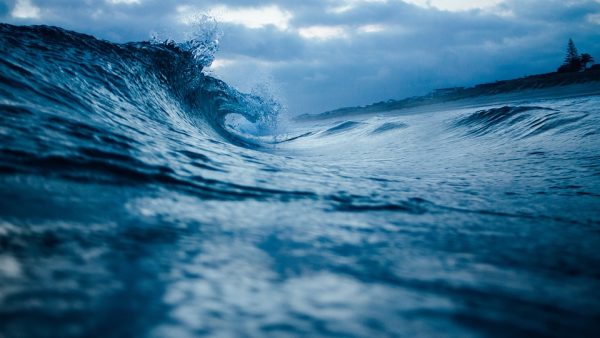 Spend ten minutes on the web surfing the key words “prepping skills” and you will be presented with site after site preaching the gospel of prepping for the time when the stuff hits the fan, something we commonly call SHTF.  The truth is it is a bit bittersweet to see so many of us planning for a major meltdown of our economy, food supply, power grid, country, society, and quite possibly our planet.

Call it a feeling or an intuitive guess, but It is as though we are preparing for a huge rogue wave that will hit an any moment.  There is a huge, 100 foot wall of disaster that is zooming toward us. We don’t know what is coming or when, but we know in our gut that it is on its way.  And so we prepare.

In my opinion, every once in awhile we need to go through a self-assessment to determine how well we are doing in planning for this rogue wave of collapse, in whatever form it might take.

Will There Really Be a Catastrophic Collapse?

I first wrote about the coming “rogue wave of collapse” in 2011.  What I write today is a very different article.  Back then, I was almost sure that a global collapse, economic or otherwise, would happen within months.  Clearly, what I envisioned did not happen, or at least did not happen in the manner expected.

My current opinion is that these past six years have brought an insidious and sometimes imperceptible decline in life as we knew it before the crash of 2008/2009.  I believe there is a high degree of complacency and most folks figure “this is just the way it is”.  My guess is that many have conveniently forgotten what it was like to get regular raises, purchase health care insurance at a reasonable price, and look forward to retiring at age 65.

While the alteration in our perception of life in the 21st century makes for an interesting and important discussion, that is beyond the scope of the tips I share today.  Still, it is wise to recognize that this new normal is setting a precedent for future generations and the path we are on is not a good one.

I do sometimes speculate that the act of prepping creates some sort of cosmic inertia that will somehow fulfill itself.  In psychology, this is called a self-fulfilling prophecy.  The fact is that so many of us are preparing for a dismal future and as a result, the fabric of our daily life is changing.  Because we expect the world situation to go from bad to worse, we are changing our attitudes, our habits, and our personal culture to adapt to a situation we think is going to occur.

And that is the crux of the matter.  We are planning for something bad to happen and in the planning, we are changing the course of our individual life plan.  Are the facts mixed with speculation? Or are facts mixed with a fiction that becomes the new reality?  This makes for a fascinating study.

Let me be clear.  I am not saying that prepping and acquiring survival skills is wrong.  And most assuredly I am not saying that planning for self-reliance and survival will lead to global food shortages and societal chaos.  Instead, I am throwing out the possibility and probability that life as we know it is indeed changing not only for the bad, but for the good.  We are making it change, one baby step at a time, with each can of beans, bag of rice, and box of bullets.

The life we are changing may be only a ripple when compared to some unknown, unpredictable catastrophe but it is change none-the-less.  And perhaps that in itself, over time, will change the direction of our world.

15 Things To Do Now To Prepare for a Collapse and for SHTF.