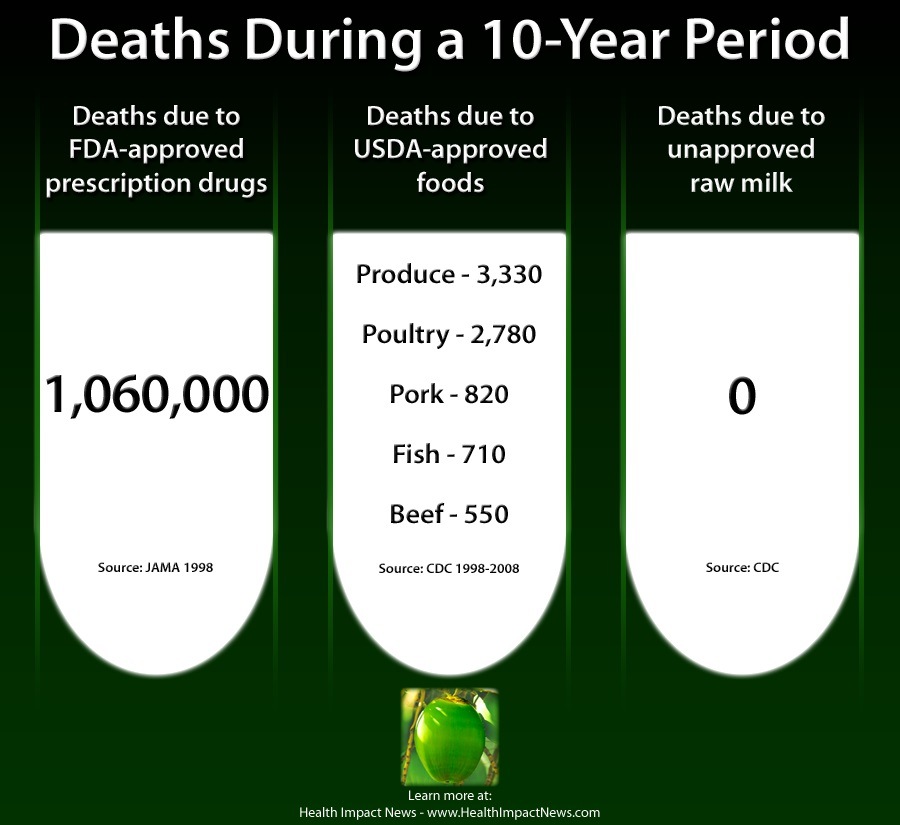 By Alliance for Natural Health – USA

The Montana and Idaho legislatures are currently considering bills that would loosen restrictions on the sale of raw milk. The Montana bill has already been approved by the state’s House of Representatives and is now being considered by its Senate.

Apparently the Centers for Disease Control and Prevention (CDC) think consumers aren’t qualified to make this decision for themselves. In response to the Montana bill, the CDC issued the following warning:

Raw milk can contain harmful germs, such as bacteria, viruses, and parasites, which can make you very sick or possibly kill you. If you’re thinking about drinking raw milk because you believe it has health benefits, consider other options.

This is nothing new; it’s been the position of government health officials for years. The FDA in particular has taken an aggressive stance against purveyors of raw milk.

The vendetta against raw milk is completely unjustified. As our friends at the Weston A. Price Foundation point out in their campaign for “real milk,” raw milk has a proven safety record and has shown to be superior to pasteurized milk in protecting against infection, diarrhea, rickets, tooth decay, and tuberculosis. Children drinking raw milk also have better growth rates than those drinking pasteurized milk.

Why the hostility toward raw milk? The way we see it, the FDA prefers to concentrate food and drug production in the hands of a few large companies with which the agency has close ties. But favoring large producers over family and artisanal producers does not make our food any safer. On the contrary, it just makes it less safe, less nutritious, and also invites more corruption of the government by powerful companies growing rich from government-created monopolies.