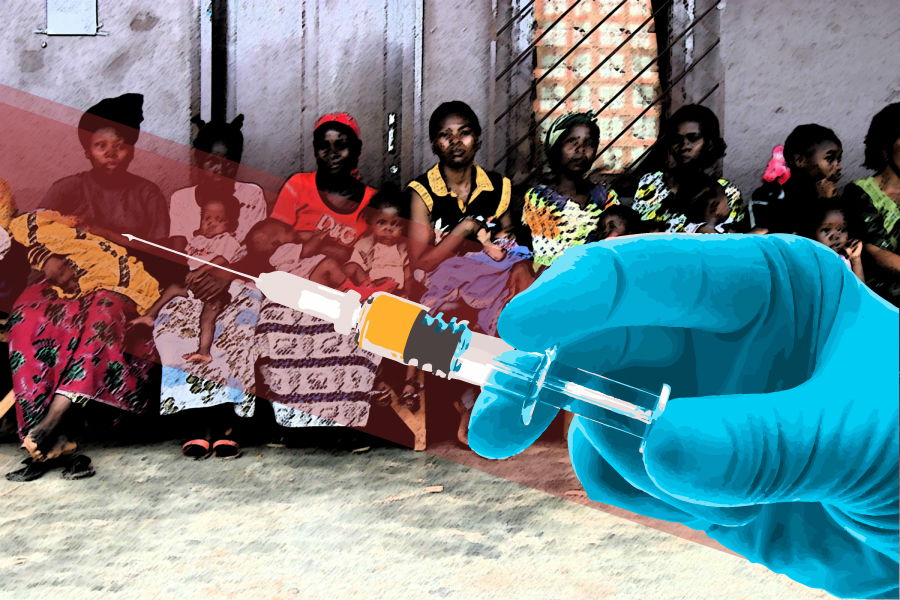 By: Jefferey Jaxen
Has the World Health Organization (WHO) been purposely misleading women in developing countries into thinking they are protecting them and their future children from tetanus while in fact robbing women of their fertility and the very children they wanted to protect?

A highly concerning new paper has been published in The Open Access Library Journal titled, “HCG Found in WHO Tetanus Vaccine in Kenya Raises Concern in the Developing World.” The implications of the information contained within this paper, if true, have the potential to shift paradigms and threaten the hegemony of global organizations who are ostensibly concerned about the health and welfare of the world’s populations. What findings can threaten to do such a thing?

To understand the full breadth of the findings, it is first important to know some key historical facts. The World Health Organization was established in 1945 and immediately embraced the tenet of family planning, which was later referred to as “planned parenthood as a necessity for world health.”

Around 1972, the WHO research program for developing a birth-control vaccine commenced. The WHO birth-control vaccine involved linking the tetanus toxoid (TT) with the beta portion of the human pregnancy hormone chorionic gonadotropin (hCG). This combination directs the immune system to produce antibodies not only against TT but also against hCG, causing miscarriages in already pregnant recipients and infertility in those not yet pregnant. The results were announced and celebrated by WHO researchers as the first “anti-fertility” vaccine in 1976 during a meeting of the US National Academy of Sciences.

Around the same time, the US National Security Study Memorandum 200, also known as the Kissinger Report, became official US policy in 1975, calling for reducing the population grown in “less developed countries” to near zero by means of “reducing fertility.”

Fast forward to 2010 when Bill Gates, whose father headed up Planned Parenthood after WWII, and the Bill and Melinda Gates Foundation officially announced they would be committing $10 billion to help accomplish the WHO population reduction goals in part with “new vaccines.” One month later, Gates appeared in his now infamous Innovating to Zero TED talk where he made the statement:

“The world today has 6.8 billion people. That’s headed up to about 9 billion. Now, if we do a really great job on new vaccines, healthcare, reproductive health services, we could lower that by, perhaps, 10 or 15 percent.” 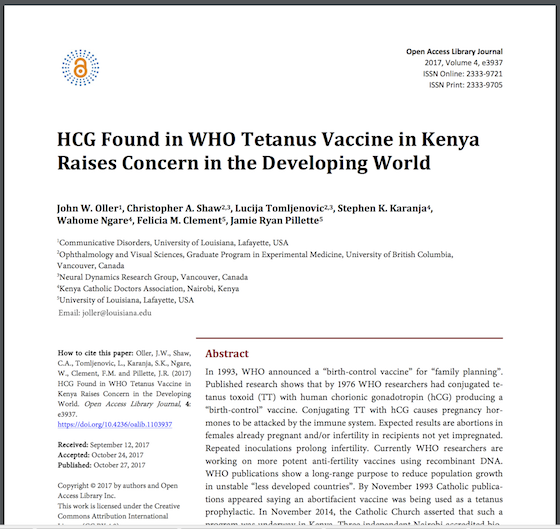