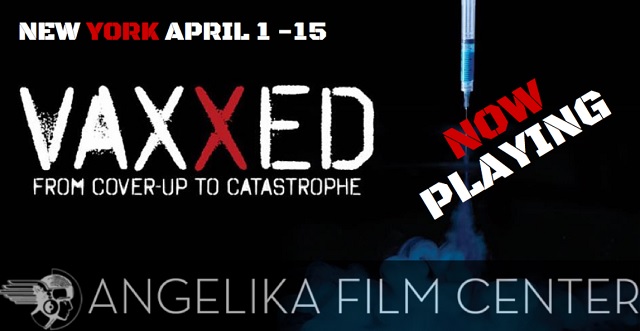 When film-goers walked out of the Angelika Film Center in New York City last weekend, they were visibly moved, many of them with tears in their eyes. It wasn’t one of the latest big box office dramas that inspired such emotion; it was a 91-minute documentary called Vaxxed: From Cover-up to Catastrophe.

The film looks at the corruption, fraud and collusion that takes place in the CDC, which is supposed to be looking out for public health. It looks into the story of William Thompson, PhD, the CDC senior scientist who blew the whistle on CDC deception in studies on the links between the MMR vaccine and autism. There are interviews with politicians and doctors, but it is the stories shared by the parents of children who have been injured by MMR vaccines that are stirring up the most emotions.