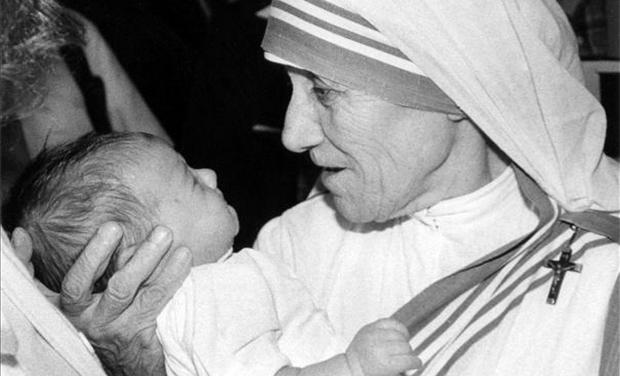 Texas Senator Ted Cruz ripped Twitter a new one during a recent Senate hearing, calling the social media giant to task for censoring a quote by Mother Teresa, of all people, which it dubbed as spreading the “hateful” message that abortion harms children and women.

A pro-life organization had originally tweeted a photo of Mother Teresa, along with the famous quote:

“Abortion is profoundly anti-women. Three quarters of its victims are women: Half the babies and all the mothers.”

Openly advocating for baby murder is just fine with Twitter and Facebook, but standing up for women and children is not.

When accepting her Nobel Peace Prize in 1979, she said:

“And I feel one thing I want to share with you all, the greatest destroyer of peace today is the cry of the innocent unborn child. For if a mother can murder her own child in her womb, what is left for you and for me to kill each other?”

She reiterated the sentiment at the National Prayer Breakfast in Washington, D.C, on February 5, 1994:

“But I feel that the greatest destroyer of peace today is abortion, because it is a war against the child, a direct killing of the innocent child, murder by the mother herself.”

It isn’t just those women and those babies that are affected, but all of us. Abortion certainly affects the fathers: “…that father is told that he does not have to take any responsibility at all for the child he has brought into the world. The father is likely to put other women into the same trouble. So abortion just leads to more abortion.” It also affects the entire country where abortion is permitted: “Any country that accepts abortion is not teaching its people to love, but to use any violence to get what they want. This is why the greatest destroyer of love and peace is abortion.”

“Many people are very, very concerned with the children of India, with the children of Africa where quite a few die of hunger, and so on. Many people are also concerned about all the violence in this great country of the United States. These concerns are very good. But often these same people are not concerned with the millions who are being killed by the deliberate decision of their own mothers. And this is what is the greatest destroyer of peace today — abortion which brings people to such blindness.”