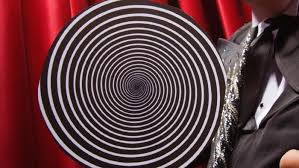 The unspoken secret in plain sight

Here is a staggering statistic from the National Alliance on Mental Illness: “More than 25 percent of college students have been diagnosed or treated by a professional for a mental health condition within the past year.”

Colleges are basically clinics. Psychiatric centers. Colleges have been taken over. A soft coup has occurred, out of view.

You want to know where all this victim-oriented “I’m triggered” and “I need a safe space” comes from? You just found it.

It’s a short step from being diagnosed with a mental disorder to adopting the role of being super-sensitive to “triggers.” You could call it a self-fulfilling prophecy. “If I have a mental disorder, then I’m a victim, and then what people say and do around me is going disturb me…and I’ll prove it.”

The dangerous and destabilizing effects of psychiatric drugs confirm this attitude. The drugs DO, in fact, produce an exaggerated and distorted sensitivity to a person’s environment.

You want to know where a certain amount of violent aggressive behavior on campuses comes from? You just found it. The psychiatric drugs. In particular, antidepressants and speed-type medications for ADHD.

You want to know why so many college students can’t focus on their studies? You just found one reason. The brain effects of the drugs.