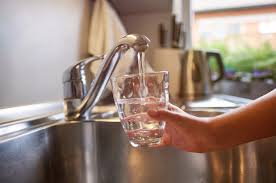 Uranium. Radium. Arsenic. These chemicals are known to cause cancer. Now, thanks to a shocking study from the Environmental Working Group (EWG), we now know that these and other harmful contaminants are found in California’s public tap water.

The study was just published in the latest edition of the peer-reviewed journal Environmental Health. EWG’s findings are also consistent with at least one other study out of North Carolina. The major takeaway? Consumption of this tap water is tied to a stunning number of cancer cases over the course of a typical generation.

Drinking contaminated tap water puts your health at risk, increases the chances of this major disease

In their study, the EWG team evaluated tap water samples from over 2,700 public water systems in California, which provide at least 98% of the west coast state’s drinking water. As mentioned, these samples contained harmful, carcinogenic chemicals, such as chloroform, tetrachloroethylene, and hexavalent chromium (in addition to the ones listed above).

The study’s authors were then were able to determine the risk of getting cancer as a result of drinking this contaminated water by taking yearly average contamination levels between the years of 2011 and 2015.

As the authors state: “This results in an estimated number of 221 annual cancer cases due to drinking water contaminants in California,” or about 15,500 cases of cancer over the course of about 70 years (the average lifetime).

The EWG also state that 495 public water systems in California are considered “high risk.”  What they mean by this is that the tap water from these areas will cause cancer in about 1 in 1,000 people over the course of a lifetime.

They also state that 43 public water systems have a relative cancer risk a high as 4 in 1,000. The EWG does not specify which communities are at highest risk, however they do indicate that they include “communities of less than a thousand residents and one water system serving a population of 19,000.”

The American Cancer Society estimates that as many as 40% of Americans will receive a cancer diagnosis at some point in their lifetime. Based on the recent revelations from the EWG, we can’t help but surmise that the chemicals in our public tap water has something to do with this sobering statistic.