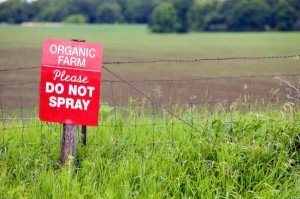 I constantly come across individuals not knowing the difference between organic food and food that’s riddled with pesticides, which is why awareness is so important. A recent study conducted by researchers from RMIT university, published in the journal Environmental Research found that an organic diet for just one week significantly reduced pesticide (commonly used in conventional food production) exposure in adults.

Thirteen participants were randomly selected to consume a diet consisting of at least 80% organic or conventional food for precisely 7 days, afterwards crossing over to the alternative diet from which they started. Urinary levels were used for analysis. The study found that urinary dialkylphosphates (DAPs) measurements were 89% lower when they ate an organic diet for seven days compared to a conventional diet for the same amount of time.

A lot of these agents were initially developed as nerve gases for chemical warfare, so we do know that they have toxic effects on the nervous system at high doses. Conventional food production commonly uses organophosphate pesticides, which are neurotoxins that act on the nervous system of humans by blocking an important enzyme. Recent studies have raised concerns for health effects of these chemicals even at relatively low levels. This study is an important first step in expanding our understanding about the impact of an organic diet  – Dr. Liza Oates

These new studies, and the several others referred to in this article further confirms the evidence relating to the negative health effects of organophosphate pesticides like glyphosate, showing that there is significant pesticide exposure in adults who feel they are on a “normal diet” in contrast with a dramatically reduced exposure when the same individuals switch to an organic diet.

There is a reason that multiple countries around the world have banned GMOs and the pesticides that go with them.