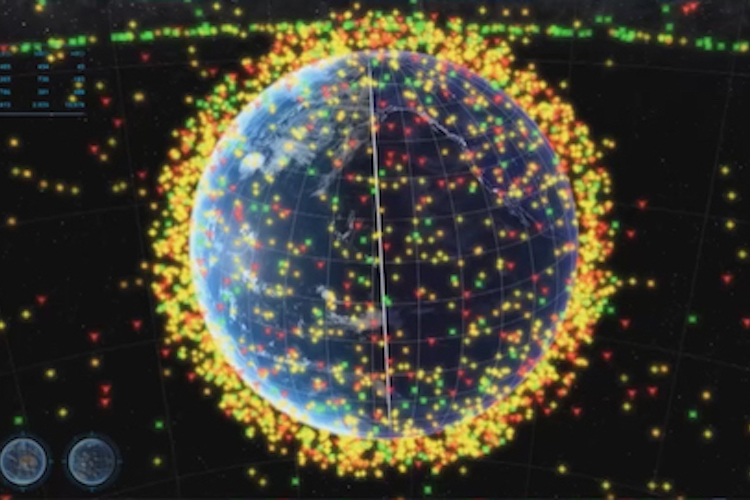 The Space Fence is a massive, planetary-wide, space surveillance system currently being constructed that aims to monitor you all the way down to your DNA. Officially, the Space Fence is a 2nd generation space surveillance system being built (started in 2014) by the US Air Force and Lockheed Martin to track artificial satellites and space debris. Its budget is US$1.594 billion, it’s expected to be operational in 2019 and the Space Fence facility will be located in the Marshall Islands along with an option for another radar site in Western Australia.

The Space Fence is a resurrection of a program started by Reagan in the 1980s called SDI (Strategic Defense Initiative), commonly known by its nickname “Star Wars.” However, like many exotic weapons of the New World Order, it has a cover purpose and a real purpose. This article exposes the grander implications of the Space Fence – and how it connects to other technology that could be used to enslave you.

What is the Space Fence?

Although the USAF and Lockheed Martin tell us that the purpose of the Space Fence is to detect, track and catalog space debris, we must acknowledge that the MIC (Military Intelligence Complex) is at the helm of the New World Order and is routinely engaged in psychological operations against the rest of the population. The Space Fence is the answer to the prayers of a control-freak conspiratorial class. It will have the capacity to surveil everything on Earth. Like Skynet in the fictional Terminator films, it could become surveillance beyond comprehension. How? The Space Fence is designed to operate in LEO (Low Earth Orbit). It is designed to be one big interconnected machine, run by AI and joined to current (weaponized) technology by interacting with cell phone towers, Gwen Towers, Nexrad Towers, metal particulates and more to create a giant wireless network that manipulates us through the ionization of our atmosphere.

According to Elena Freeland, author of Chemtrails, HAARP, and the Full Spectrum Dominance of Planet Earth who is soon to release a book on the topic, the Space Fence will eventually develop into a conductive Saturnian ring around the Earth’s equator. From there, it could be used to facilitate a complete lockdown on planetary communications (including our DNA communications, since we are electrical creatures), in line with the MIC’s C4 objectives (Command, Control, Communications and Computers). Freeland states that the Space Fence will have the power to totally transform the entire environment of the planet. It thus is a tool of the AI/Transhumanist agenda to merge man into machine.

Our Ionized Atmosphere: Plasma, the 4th State of Matter

Ultimate Aim of the Space Fence