(NaturalNews) The biotechnology agenda has now infiltrated public school curricula for sixth graders, with a captured screenshot of a student’s homework essentially answering “yes” to the loaded question, “Are genetically modified foods safe to eat?”

As you’ll see in the shocking (below), young students are now being indoctrinated into the religion of GMOs and vaccines with blatant propaganda suggesting that “scientists,” rather than nature, are responsible for providing humanity with nutritious foods and medicine in the form of patented, privately owned lifeforms.

“Do you hate going to the doctor for your shots?” asks the assignment. “What if you could eat a banana instead? Through a process called genetic modification, scientists are creating foods that contain human vaccines as well as extra vitamins and minerals.” 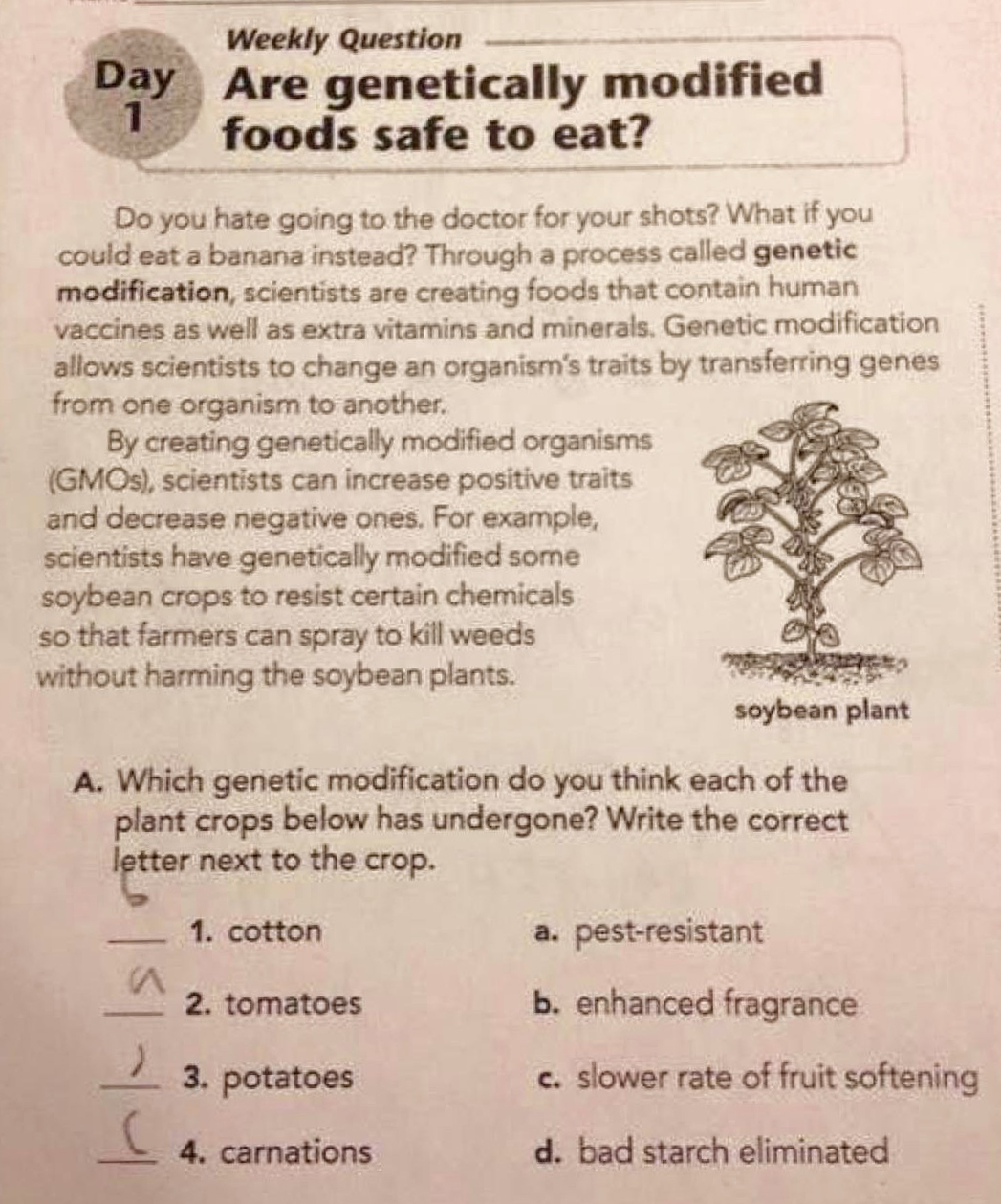 The worksheet goes on to suggest that GMOs help scientists “increase positive traits and decrease negative ones,” again implying that nature got everything wrong and that humans have to step in and fix everything by mixing and matching genes from unrelated species.

This is the type of garbage that today’s public school students are now being taught as “facts.” It appears as though Monsanto has somehow slithered its slimy tentacles into formative school curricula in order to brainwash the next generation into accepting pirated biology.