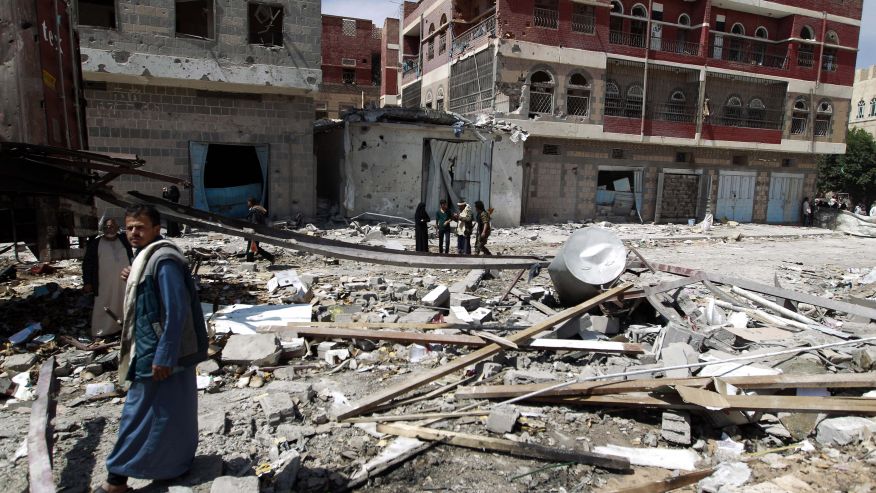 For the second time in a month, a health center run by Doctors Without Borders was bombed as part of the military effort led by Saudi Arabia. The hospital was operating in the northern province of Saada, an area which has been heavily bombed since the Saudi-led military effort against Houthi rebels began in April.

Doctors Without Borders said the center was bombed twice, forcing the evacuation of staff members and critically wounded patients and resulting in the collapse of the building. Hassan Boucenine, a Doctors Without Borders spokesman in Yemen, told the NY Times the organization had given the health center’s coordinates to the military coalition six months ago and reconfirmed the coordinates on a monthly basis.

In early October a hospital in northern Afghanistan operated by Doctors Without Borders also suffered an attack from U.S.-led coalition forces. Twenty-two people were killed in the bombing, including 12 hospital staffers. Three of the deaths have been reported as children in the intensive care unit.

The bombing, which took place at a hospital in the city of Kunduz, was reportedly requested by Afghan military officers who were under fire from Taliban forces. Officials speaking on condition of anonymity told the AP that the U.S. responded to the request by firing from an AC-130 gunship. However, U.S. Secretary of Defense Ash Carter would not confirm whether the gunship actually destroyed the hospital.

Most Americans remain unaware that the U.S. military is supporting Saudi Arabia’s war in Yemen, resulting in the deaths of innocent civilians. In April journalist Ben Swann reported on the situation in Yemen: Hundreds of Yemeni civilians have found themselves in the crossfire of the Saudi-led bombing campaign that is in its second month, while Yemeni-Americans watch in desperation at the brutality taking place. The Saudi’s are bombing the largest cities in Yemen in an attempt to destroy gains made by Houthi rebels who are overthrowing the government of Yemen. The Saudis claim that the Houthis are a proxy force fighting on behalf of Iran, even though the Houthis are a native tribal group from Yemen.

Since March 26, 2015, more than 750 Yemenis have been killed by Saudi airstrikes, over 2,500 have been injured and more than 150,000 people have been displaced. None of that reflects the incredible destruction to the nation’s infrastructure as more than 12 million Yemen.