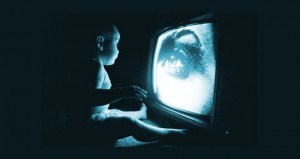 It is common for parents to feel that their children are spending too much time in front of the television set. According to a Canadian study, children who watch an excessive amount of television exhibit a multitude of negative side effects including poor language and social skills, and increased bullying.

The 2013 study was set out to determine whether or not viewing television at 29 months (about 2.5 years) was associated with school performance at 65 months (about 5.5 years).

The study, which was conducted on 991 girls and 1,006 boys with parent and teacher reported data, came to this conclusion:

“Increases in total time watching television at 29 months were associated with subsequentdecreases in vocabulary and math skills, classroom engagement (which is largely determined by attention skills), victimization by classmates, and physical prowess at kindergarten. These prospective associations, independent of key potential co-founders, suggest the need for better parental awareness and compliance with existing viewing recommendations put forth by the American Academy of Pediatrics (AAP).”

According to this study, every 1.2 hours of television viewing for children at 29 months results in poorer motor, vocabulary, math, and social skills, and even an increase in the likelihood of being bullied, as television inhibits the development of self-confidence.

The study also notes that many parents seem to be unconcerned about how long their children spend watching TV. The American Academy of Pediatrics recommends that children over age 2 do not watch more than 2 hours per day, and that children below the age of 2 watch no TV at all. Presumes that the content is age appropriate, of course.

Viewing time as a child also indirectly affects the child, the study notes. At a time where brain growth and development are heavily dependent on external stimulation, TV viewing takes away from the time that child will spend with more creative or social activities, such as family or imaginative play time.

The preschool years, which culminate in kindergarten entry, represent a sensitive period in the development of cognitive, sensorimotor, and socio-emotional characteristics that play a key role in eventual academic and personal success” the study says, indicating a prediction of future success in life. “School readiness should also be concerned with preparedness to adopt healthy lifestyle skills and habits because disparities in educational attainment often translate into disparities in healthy lifestyle habits, well-being, and family social support.”

However hard it can be, it is becoming ever more clear how important it is to engage young children with more intellectual and social activities, rather than just the sedative task of television watching. Perhaps encouraging them play, imagine and follow their own intuition will give them broader opportunities in life, both socially and intellectually.