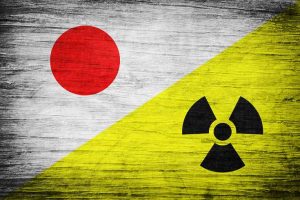 Japan has an amazing food culture thanks in part to the rich volcanic soil and ample rainfall, despite the lack of spacious farms. As it stands, Japan can feed approximately one third of its population from domestic production.

If you watch Japanese TV from time to time, you will see a bizarre and disturbing fetishization of food that borders on the insane. The media and in turn consumers are obsessed with food as not only a source of nutrition and social cohesion (all for the good), but as art, fashion and status symbol, a celebration of gluttony and greed; an infantile obsession with eating for self satisfaction.

I love good and healthy food and appreciate Asian cuisine, but we eat to live, not live to eat. This social pathology affects other cultures as well as seen by increasing rates of extreme obesity especially in Western countries due to the proliferation of shopping malls, junk food and high fructose corn syrup.

How ironic then that a “high food” society like Japan would have to suffer the insult of radioactive contamination. This is not a tuna melt sandwich but a nuclear melt-down sundae.

The long-term consequences of the Fukushima nuclear disaster continue to linger years after the event. Anyone who studies Chernobyl will know that even after three decades radioactive contamination persists. Although a different type of accident occurred there, in the case of Fukushima it was three reactors that had meltdowns instead of one, and even possibly “melt throughs” referring to corium penetrating the reactor buildings in lateral and vertical outward paths.

In the days and months that followed the Fukushima disaster in March of 2011, many people became very worried about radioactive contamination of the food and water supply, especially from short-lived iodine isotopes, followed by the more persistent and harmful cesium, strontium and plutonium. There was much testing by both the government and independent researchers and organizations. Despite the best efforts of the Japanese government, nuclear industry and mainstream media to downplay the crisis, social media proved helpful in educating the public about how to reduce consumer risks.