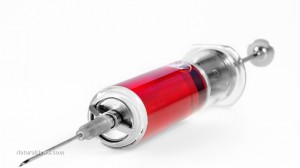 The public health benefits commonly attributed to vaccines are greatly overblown, and the science shows that vaccines actually obstruct normal immune development rather than enhance it. These are among the multiple inconvenient findings of a Polish research study that was published in the journal Progressive Health Sciences back in 2012, which exposes the fraud of vaccines by highlighting how their risks far outweigh any perceived benefits.

Researchers from the Department of Pediatric Rehabilitation at the Medical University of Bialystok in Poland looked at the typical childhood vaccination schedule in their own country and compared it to that of other countries around the world. They evaluated the adverse effects associated with the administration of multiple vaccines at once, as well as how individual vaccines affect immunological development and response.

Chemical preservatives, adjuvants, and other common vaccine additives were also taken into account, and careful attention was given to postvaccinal reactions, both acute and chronic, from vaccines containing these ingredients. More than 70 scientific references looking at these and other aspects of the vaccination protocol were evaluated as part of the thorough review.

“Reports in many Polish and foreign medical journals lead us to conclude that postvaccinal complications among children can be observed in sporadic cases and that they are disproportionate to the benefits of vaccination in the elimination of dangerous diseases in childhood,” explains the study.

After looking at the historical data, Dorota Sienkiewicz and her colleagues determined that vaccines have caused an immense amount of harm. Besides just the adverse effects associated with vaccines, which include things as minimal as minor local reactions and as severe as encephalitis, vaccines also obstruct the normal physiological progression of natural immunity.

During normal childhood development, non-specific immunity is gradually formed over time, beginning in the womb with the transfer of maternal antibodies from a child’s mother and continuing on into early toddlerhood. This natural process of immune formation establishes lifelong immunity to various diseases as they are encountered.

But vaccines interfere with this process by overriding non-specific immune formation and bombarding specific immunity with antigens, adjuvants and chemicals. At best, these injections provide temporary immunity with the requirement that “booster” shots be given at regular intervals to maintain it. At worst, this overriding creates lasting immune damage, potentially triggering autoimmune disease and other harm.

“… experimental evidence clearly shows, that simultaneous administration of as little as two to three immune adjuvants, or repeated stimulation of the immune system by the same antigen can overcome genetic resistance to autoimmunity,” explains the study.

Vaccine science is inherently flawed, as true immunity can only come naturally.

The immune system is also incredibly complex, having been designed in such a way as to provide multiple layers of protection against outside invaders. But vaccines interfere with these layers — and since they are far from perfect, with no man-made possibility of ever being perfected, they threaten to damage real immunity, in some cases permanently.

This is especially true with regards to vaccine adjuvants, which are claimed to stimulate an immune response. It is near impossible to balance these adjuvants, along with vaccine preservatives, substrate proteins and other additives, to attain the proper immune response, which puts many people at risk.

“… while it is generally accepted that potency and toxicity of immune adjuvants must be adequately balanced so that the necessary immune stimulation is achieved with minimal side effects, in practical terms, such a balance is very difficult to achieve,” explains the report.

“This is because the same adjuvant-mediated mechanisms which drive to the immune-stimulatory effects of vaccines have the capacity to provoke a variety of adverse reactions.” The full report is available here: http://www.rescuepost.com