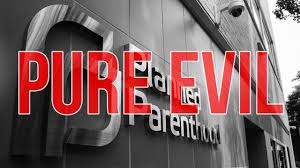 Abortion mill Planned Parenthood has sounded in on President Trump’s recent decision to scrap the Deferred Action for Childhood Arrivals, an Obama-era executive order that allows illegal aliens who were unlawfully brought into the U.S. as children to remain in the country without being deported. As per usual, Planned Parenthood has taken the proverbial anti-Trump stance on the matter, hypocritically declaring that “every person has the right to live” – except, of course, for the millions of unborn children who Planned Parenthood murders in the womb for profit.

In a fundraising email she sent out to her supporters on September 5, Planned Parenthood CEO Cecile Richards made it clear that she doesn’t approve of the President’s decision to stop allowing illegal aliens to be unconstitutionally classified as “dreamers,” allowing them to remain in the U.S. indefinitely without citizenship. She absurdly wrote that Planned Parenthood is an unwavering supporter of the human right to not only live, but also “work” and “raise a family freely … without the threat of deportation or separation.”

Richards’ letter is an obvious appeal to her defiled base of cognitively dissonant bleeding hearts who somehow see the proper enforcement of our nation’s immigration laws as violating human rights, but that also categorize abortion as a mere “choice” that women make for their “reproductive health.” It’s blatant hypocrisy that Fox News’ Tucker Carlson had a thing or two to say on his Tucker Carlson Tonight show.

Why isn’t Cecile Richards ‘infuriated’ and ‘heartbroken’ over the millions of unborn babies she’s complicit in murdering?

Some might say that the abortion procedure represents a type of deportation from the mother’s womb, not to mention the obvious separation involved. Does this mean that Richards is now inferring that all human beings, including those who haven’t been born yet, are included amongst the human beings that Planned Parenthood says it “firmly believe[s]” have a right to live, work, and raise a family freely?

Hardly. Planned Parenthood will continue to butcher as many unborn children as it can get its hands on while hypocritically claiming that it supports “human rights.” Truth be told, Cecile Richards is not only a liar and hypocrite, but she’s also a complicit murderer, as are the thousands of Planned Parenthood workers and “doctors” underneath her who daily contribute to the abortion genocide that’s taken some 250 million babies in the U.S. alone since 1973. None of these evil people care one iota about “human rights” – they’re only concerned with supporting leftist platforms like reckless illegal immigration, and with opposing anything that President Trump says, does, or signs into law.

It could be that Cecile Richards and her acolytes want more illegal immigration so that they can murder more of their non-white babies. This is, after all, the roots of Planned Parenthood, which from the beginning was a racist, genocidal organization run by a racist, genocidal maniac named Margaret Sanger who once referred to African-Americans, poor people, and immigrants as:

“… human weeds, ‘reckless breeders,’ ‘spawning … human beings who never should have been born.’”

Few people seem to know the dark history of Planned Parenthood these days. They’re foolishly content with listening to empty gas-lighting by the likes of Cecile Richards, who used the words “infuriated” and “heartbroken” to describe her feelings about DACA being scrapped. What everyone with sanity and morals wants to know is this: Why isn’t Cecile Richards infuriated and heartbroken over the tens of millions of innocent babies that she and her fellow baby butchers continue to murder with pride in exchange for their paychecks?