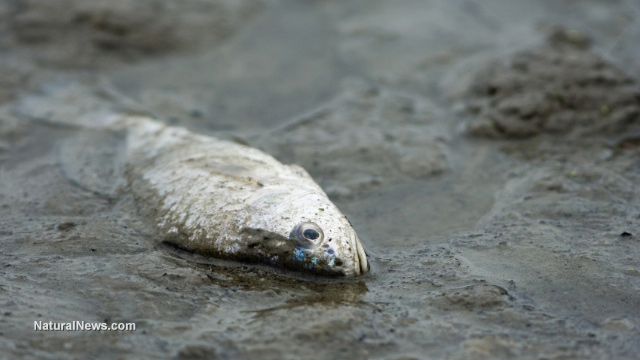 (NaturalNews) With environmentalists and activists still reeling and trying to remedy the chemical annihilation of pollinator populations, they now have a new crisis to manage and investigate to prevent another important ecosystem from crashing — the West Coast fisheries.

Earlier this week, Michael Snyder sent an urgent warning that the bottom of our food chain is going through a massive collapse, with 91% of the sardine population being wiped out in just the last eight years. Due to the extremity of the decline, the Pacific Fishery Management Council voted to direct the NOAA Fisheries service to halt the current season immediately, which will affect approximately 100 fishing boats with sardine permits.

Like colony collapse disorder, this is not a simple matter of managing a minor problem so that the ecosystem and benefits related to it can be enjoyed in the future. This is a NOW issue, which was reflected by the emergency closure of fisheries along the West Coast in mid-April.

Furthermore, this is not just an issue of seeing your next can of sardines explode in price. With such a dramatic change in this part of the food chain, it undoubtedly reverberates through all other creatures that are affected by the sardine population. This includes predators like the California sea lion as well as microscopic organisms that sardines feed on like various species of zooplankton.

It has been estimated that 90% of this year’s class of sea lion pups are starving due to a lack of sardines to eat. A record 2,250 sea lions, mostly pups, have washed up starving and stranded in Southern California, a 20-fold increase in the level of strandings averaged for the same three-month period over the past decade, and twice the number documented in 2013, the previous worst winter season recorded for Southern California sea lions.