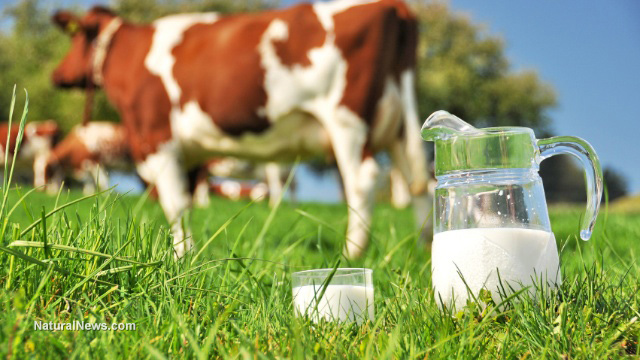 (NaturalNews) It’s not exactly a complete scrapping of the country’s antiquated prohibition laws governing the production and sale of raw milk, but the government of New Zealand has responded to consumer demand and made it at least somewhat easier for individuals and families to access this highly sought-after food product.

A recent announcement by New Zealand’s Ministry of Food Safety explains that beginning on March 1, 2016, raw milk will be legally available for purchase in unlimited quantities directly from the farm or via home delivery. This is a step in the right direction; earlier restrictions limited sales to only five liters of raw milk at any one time directly from the farm.

The policy change came after the New Zealand government received an outpouring of support for raw milk reform. New Zealanders wanted greater access to the product, and they made their voices heard. After much deliberation and public commentary, health officials decided to lift some of the restrictions and make it easier for folks to access this functional, living food.

“After extensive consultation and review, the government decision will allow farmers to continue to sell raw milk directly to the public from the farm and via home deliveries,” stated Food Safety Minister Jo Goodhew in a recent press release. “We have worked hard to find the right balance between managing the risks to public health while recognizing the demand from rural and urban consumers to access raw milk.”

While US health authorities tell adults they can’t drink raw milk, New Zealand says people should decide for themselves

Echoing the same scare rhetoric as U.S. policymakers, Goodhew and her colleagues have made it clear that they don’t actually support the consumption of raw milk, falsely believing it to be “high-risk.” However, unlike their American counterparts, they aren’t trying to police the eating habits of the people – at least not to the same extent as U.S. regulators.

According to the announcement, vendors who choose to sell raw milk from the farm or via home delivery will be required to keep copious records, including documenting customer information with each sale. Raw milk buyers will be asked to provide their full names, addresses, and phone numbers at the time of purchase, and each sale will be tracked for “traceability and compliance” purposes.

Farmers will also have to abide by established guidelines for production, which include special registration requirements, permits, fees and food safety guidelines. They’ll also be required to affix warning labels on each jug of raw milk indicating that the contained product could be a risk to those with compromised immune systems.

“People who make cheese for their family will be pleased there will be no limit on the quantity of raw milk they can purchase, nor is there a restriction on the amount farmers can sell overall,” added Goodhew. “Our focus has been to ensure raw milk is available for those who actively seek it, and that people are well aware of the risks associated with drinking it. I believe this policy will achieve both these goals.”

Health freedom groups are applauding the decision. Although it doesn’t eliminate prohibition entirely, it does make accessing raw milk easier for New Zealand families who would otherwise be forced to buy it on the “black market.” It’s the long-distance traveling and fly-by-night buying and selling that poses the bigger risk, they say, whereas simply allowing consumers to buy the food they want in a regulated environment helps ensure food safety.