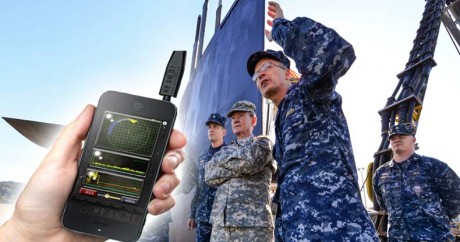 That being said, electromagnetic warfare testing and training has been covertly conducted by the U.S. Navy on public roads in Washington State — for over five years.

An exclusive report from Truthout divulged the secretive EMF testing, discovered through a number of Freedom of Information Act requests coupled with contradictory and fumbling public statements by the Navy and Forest Service.

“An email thread between the Navy and US Forest Service between 2010 and 2012, recently obtained via [FOIA] request filed by Oregon-based author and activist Carol Van Strum in November 2014, revealed that the Navy has likely been driving mobile electromagnetic warfare emitters and conducting electromagnetic warfare training in the Olympic National Forest and on public roads on Washington’s Olympic Peninsula since 2010,” reported Truthout’s Dahr Jamail.

Alarmingly, without public notification or even cautionary boundary warnings in place to prevent accidental exposure, the Navy’s EMF testing has taken place in public areas and popular tourist destinations for five years. This vastly contradicts its proposed electromagnetic warfare training plans, ostensibly set to begin this year, which have stirred enormous controversy.