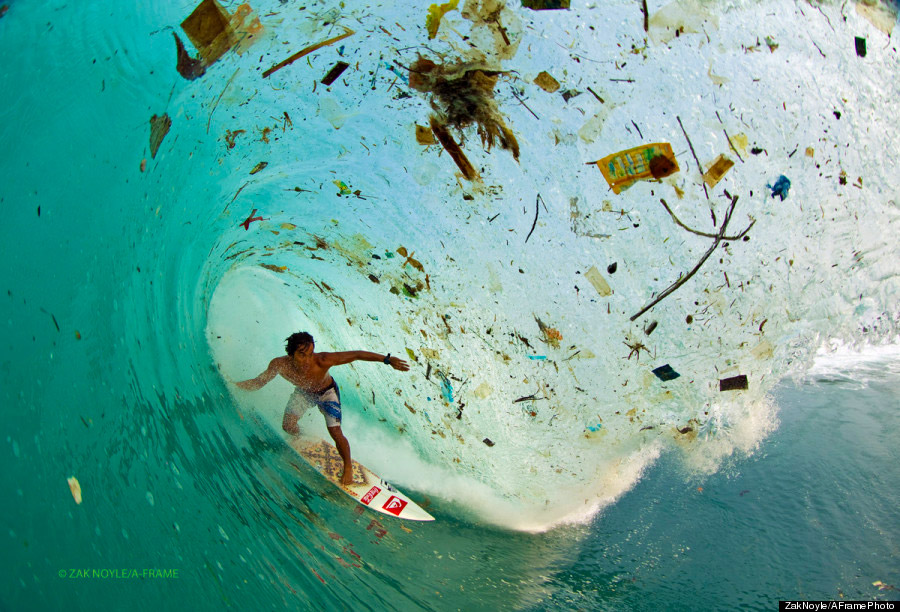 There’s a new report out this week about ocean plastics, the man-made debris that floats and sinks in global waterways and often lands in marine creatures’ stomachs. According to the study, which was a collaborative effort by McKinsey & Co.’s environmental business unit and the nonprofit Ocean Conservancy, roughly 60% of all the plastic in global waters originates in five countries: China, the Philippines, Thailand, Indonesia, and Vietnam.

Around the world, most of the trash that gets into the ocean comes from land, not from cruise ships or fishing boats. On land, plastic can “leak” from collection sites to the ocean, but it’s much more likely to reach the ocean if it’s never collected formally in the first place.

None of the countries identified in the report as “the five focus countries for action” to reduce global plastic pollution has a formal recycling system. What they do have are “waste pickers,” who root through garbage piles to find reusable items to sell for cash. These people “are the unsung heroes of conservation” in Asia, as GlobalPost puts it, but they need more support. The McKinsey/Ocean Conservancy report says “their inclusion and empowerment, along with recognition of their working conditions and long-term plans to upgrade those conditions, should be an explicit goal.”

After all, only about 20% of discarded plastic is valuable enough to be of interest to a waste-picker. Plastic bags, for example, don’t get collected.

These developing economies in Asia generate relatively little waste per capita, especially compared to western capitalist consumer ones. But the waste-management infrastructure makes all the difference. China has the most “land-based plastic-waste leakage” of any country in the world, according to the report’s authors, who traveled to China and the four other “focus countries” to assess how local plastic waste gets collected, stored, and eliminated. They note:

“Our field research and interviews with public officials have also shown that these countries acknowledge the problem and are actively looking for collaborative solutions.”

The authors recommend “a $5 billion annual ramp-up in waste-management spending” over the next 10 years as a meaningful way to improve things. 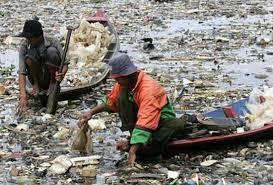