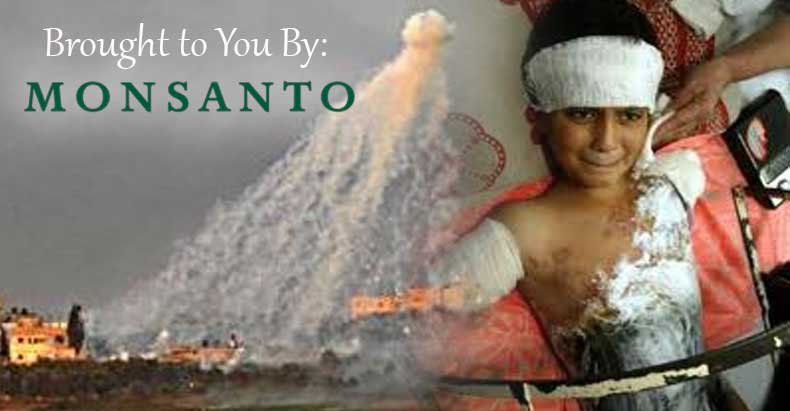 Monsanto has earned the dubious reputation of being one of the most hated companies in the world. Its grand proclamations of working to feed the world and help the environment have been exposed for a sham.

Their genetically modified (GM) crops have not increased yields, despite claims to the contrary. What they have done is: 1) encouraged monoculture, industrialized farming, 2) smothered out the sustainable, non-GM farmer, 3) waylaid beneficial insect populations and aquatic habitats with Bt toxins, 4) caused the emergence of several superweeds, 5) increased the use of chemical herbicides, notably Roundup, and 6) undertaken a giant human heath experiment with GM foods.

Amassing wealth is Monsanto’s single goal, and it does this through government force, primarily by securing patents on life. Monsanto has also managed to infiltrate government agencies with its own former employees so the power of centralized government can be used to further dominate the market. The recently signed Trans-Pacific Partnership is exhibit A of this global cronyism.

No other country is more controlled by Monsanto than the U.S. Here they find easy ground to wreck civil rights in order to build a more perfect corporatocracy. But agriculture is fairly recent territory for the GM giant.

The chemical manufacturing side of Monsanto goes back a long way, most notably to Vietnam where Agent Orange was used to decimate vast swaths of tropical rainforest and poison countless Vietnamese civilians and soldiers, including American. The popular 2-4, D herbicide used today was an ingredient in Agent Orange.

But Monsanto’s role as a purveyor of deadly military chemicals goes even deeper. For at least 20 years it has supplied the U.S. government with white phosphorus (WP) for incendiary weapons. What’s more, some of this white phosphorus was used in Israel’s invasion of Gaza at the end of 2008, known as Operation Cast Lead or, more appropriately, the Gaza Massacre.

Israel denied using WP at first, but admitted to using it in Gaza under media pressure. It said the WP was used as an obscurant and illuminant, but even this type of use is banned in civilian areas under the Geneva Convention. According to Sputnik News, in 2009 the U.S. State Department confirmed that WP weapons from its Arkansas plant were sent to Israel for use in the Gaza invasion.

The Monsanto connection to Israel’s war crimes and other uses of white phosphorus was exposed when Current Events Inquiry scoured documents on the US Federal Business Opportunities (FBO) website, finding that the agribusiness company provided 180,000 pounds of WP to the government for making projectiles at its Pine Bluff Arsenal in Arkansas.

The Government is aware of only one source, Monsanto, who currently manufactures WP in the US. WP requires specialized technology, skills and processes in its production. These technologies and skills must be protected within the NTIB [National Technology and Industrial Base, a term for the “persons and organizations that are engaged in research, development, production, integration, services, or information technology activities conducted within the United States and Canada”] in the event of a national emergency. […] Maintaining these skills within the NTIB is essential if the capability to produce WP is to be preserved. Without this restriction to the NTIB, there is a risk the domestic capacity to manufacture WP could be lost […] With only one known producer of WP in the NTIB (Monsanto), the Government’s support of this domestic capability is critically important as it reduces the risk to the war fighter in times of national emergency as well as avoiding a potentially dangerous dependency upon a foreign source.

White phosphorus does not just maim, but can kill. It ignites upon contact with skin and burns either until it runs out of fuel or is cut off from oxygen. If inhaled or swallowed it can cause severe damage to any mucous membranes with which it comes in contact.

Absorption through the skin means that a 10% burn can cause damage to internal organs such as the heart, liver, or kidneys, and can be fatal. Even after healing from an initial exposure, victims can suffer from long-lasting health problems, including birth defects and neurological damage.

The making of chemicals has always been a lucrative business for Monsanto, especially when it comes to supplying the military, from Agent Orange in Vietnam to white phosphorus today. Who knows what else it makes in the interest of death and destruction?