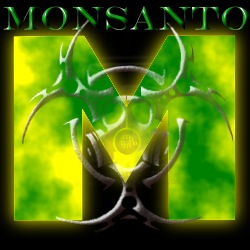 Hell hath no fury . . . like a mother whose child has been sickened by a toxin that’s almost impossible to avoid.

Now is the time to do it, they say, because the EPA is conducting a registration review of glyphosate, the key ingredient in Roundup.

Representatives of the two groups contacted the EPA to request a meeting. When the EPA ignored them, they rallied supporters. Over a period of three days, about 10,000 moms from all over the country rang the phones off the hook at the EPA.

A week later, five Moms Across America leaders were sitting around a boardroom table with nine EPA employees who have the power to recall Roundup. The moms brought lawyers, scientists and advocates from Organic Consumers Association, Natural Resources Defense Council, Consumers Union, Beyond Pesticides and the Truth-In-Labeling Coalition as back-up.

What was supposed to be a one-hour meeting turned into two. The EPA’s Dana Vogel, director of the Health Effects Division in the Office of Pesticide Programs, and other EPA staff stayed glued to their seats as one mother after another shared heart-wrenching stories of their experiences parenting children with life-threatening allergies, severe gastrointestinal problems, mysterious autism-spectrum disorders, and major nutritional deficiencies.

The common thread in those stories? Exposure to glyphosate, the key ingredient in Monsanto’s Roundup.

The activist moms had long suspected pesticides might be behind their children’s health problems. So they had their families tested for glyphosate. The tests showed unsafe levels of glyphosate in their drinking water, in their breast milk and in their children’s urine.

That’s when they resolved to get in front of the EPA. And when they did, they told their stories.

Moms Across America co-founder Zen Honeycutt recounted how when she learned of the link between glyphosate and autism, she had her middle child, who had been exhibiting autism symptoms, tested for glyphosate. His urine had 8.7 parts per billion glyphosate—eight times more than is allowed in drinking water in the E.U. She immediately eliminated all potential sources of glyphosate from his diet. After six weeks, the glyphosate was out of his system. And so were the autism symptoms. He stopped hitting people, and his grades went back up from D’s to A’s.

After a year of eating organic, her eldest son’s walnut allergy went from a 19 to a 0.2. It’s no longer life-threatening.

In fact, all of the mothers’ children suffered from deteriorating conditions until they put them on all-organic diets. When they figured out that going organic was the only thing that helped ease their children’s symptoms, they started investigating the food they had been eating for possible causes of their children’s poor health.

Each mother began to suspect glyphosate.

Zoe Swartz, leader of East Coast Moms Across America and founder of GMO Free Lancaster County told the EPA, “I’m really angry that I didn’t know that there was glyphosate in the food I was feeding my daughter.” She described her toddler’s problems with “leaky gut syndrome” which has been linked to glyphosate exposure. After three weeks of an organic diet, the child’s symptoms began to disappear.

Megan Davenhall of Thinking Moms Revolution, mother of an 11-year-old boy with autism, told the EPA, “It’s going to be a long road for us.”

She began her research when her son was diagnosed at age three. As she turned to organic foods, and eliminated chemicals, he started to grow—something he hadn’t done for two and a half years. He weighed only 38 pounds at age six. Now, Davenhall told the EPA, “He’s doing better. He’s not off the spectrum. … It’s a long road for us, because my son was so very damaged. … He was skin and bones and it’s taken us years to recover his gut health.”

Sarah Cusack of Thriving Family Health talked about her daughter Claire who at 12 months, changed from a happy, easy-going baby to a miserable, constipated baby who was literally starving. She was emaciated. She had a huge bloated belly. At 20 months, she was diagnosed with celiac disease. But the turning point came when she switched to an organic diet. Claire is now a healthy six-year-old. Her mom is a health coach. Cusack says that an all-organic diet is the centerpiece of her practice. She’s seen improvement in clients with myriad health problems, including migraines, eczema, rashes, gastro-intestinal conditions, mood disorders like anxiety and depression, constipation and auto-immune conditions.