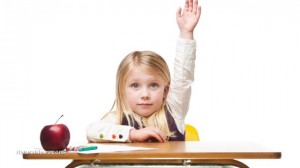 (NaturalNews) The first day of school will be remembered for all the wrong reasons by 145 California children in the Folsom Cordova Unified School district, who arrived on the much-anticipated day only to be turned away because they lacked the proper immunization records.

The move is part of a new state law that went into effect last month, SB277, that removed vaccine exemptions based on personal and religious beliefs. Under the law, students who are entering “checkpoint years” – kindergarten and seventh grade – are required to provide their full vaccination records. Of the district’s 1,462 students in these grades, 157 had been singled out by the school as not having vaccine records.

The district’s spokesperson, Daniel Thigpen, said that they were hoping that the students who were sent home would get their shots and return to school. By the end of the first week, 98 students were still out of school, with 37 of the 72 kindergartners and 61 of the 73 seventh-graders opting not to succumb to the state’s bullying tactics.

Meanwhile, Age of Autism reports that 133 students from the Elk Grove School District were not allowed to enroll because they did not have vaccination records. The school district’s spokesperson, Xanthi Pinkerton, said that 110 seventh-graders and 23 kindergartners were affected; the district has nearly 3,000 students in the “checkpoint” grade levels.

No one was sent home on the first day in the Natomas Unified School District, largely because of a concerted outreach effort alerting parents of the need for the vaccines. The school also held vaccination clinics to ensure everyone got on board. Although 103 unvaccinated students showed up on the first day, most of their parents later returned with the necessary paperwork or brought them to one of the two clinics provided by the district in its high school and middle school. Some of the holdouts have already transferred to other school districts. Indeed, many parents are now opting to homeschool their children or even move out of state to avoid being forced to give their children risky vaccines.

Parents must choose between education and health

Some of the vaccines that are required for school attendance include measles, mumps, rubella, tetanus, chicken pox, hepatitis B and diphtheria.

California is not the first state to deny exemptions; West Virginia and Mississippi have similar laws. In the past, parents who were concerned about the health risks of vaccines were able to use the exemptions to allow their children to continue to attend school.

The parents in this situation are being forced to choose between their children’s education and their health. While some studies show that vaccines are not harmful, the majority of them have serious conflicts of interest, with many of them funded by vaccine manufacturers. Regardless of where you stand on the issue, it’s hard not to feel a certain sense of unease at the idea of parents having to sit by and allow their children to be injected with dangerous vaccines and risk neurological damage.