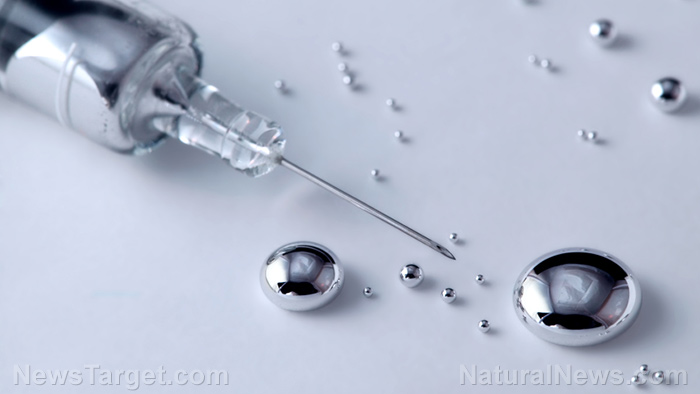 Activist Robert F. Kennedy Jr., whose work to expose the connection between mercury-laced vaccines and increased autism rates has earned him wide praise and plaudits, has released a new report which describes a number of criminal acts allegedly committed by employees and consultants working for the Centers for Disease Control and Prevention.

The report, produced in conjunction with the World Mercury Project [PDF], is said to contain new evidence of “corruption and scientific misconduct” at the CDC, and that employees and consultants for the government health agency engaged in “questionable ethics and scientific fraud” that has “resulted in untrustworthy vaccine safety science,” a press release noted.

The report’s authors single out Dr. Poul Thorsen, a Danish scientist who has been indicted by U.S. authorities for allegedly stealing millions from the CDC and tainting research to hide the dangers posed by vaccines. Indicted in 2011, Thorsen remains on the loose.

As Natural News reported in August 2014:

Thorsen, as you may recall, was heavily involved in producing a stream of fraudulent studies that supposedly “disproved” the now-evident link between vaccines and autism. The CDC has also continually cited Thorsen’s studies as “evidence” that vaccines are safe, declaring the debate to be over in light of their findings.

In addition to uncovering other information, Kennedy and officials at the World Mercury Project say they have found evidence that Thorsen and his collaborators did not get permission from an Institutional Review Board (IRB) to carry out their research, published in the New England Journal of Medicine in 2002 and the journal Pediatrics the following year.

“In 2011, the Department of Justice indicted Thorsen on 22 counts of wire fraud and money laundering for stealing over $1 million in CDC grant money earmarked for autism research,” the statement notes. “The product of Thorsen’s work for CDC was a series of fraud-tainted articles on Danish autism rates that, today, form the backbone of the popular orthodoxy that vaccines don’t cause autism.”

After discovering in 2009 that Thorsen never applied for or received IRB approvals, CDC staff failed to report it or subsequently retract the illegitimate studies. Instead, as documents obtained via Freedom of Information Act requests show, CDC supervisors merely ignored the misconduct, essentially covering it up.

As such, today vaccine makers “can put anything they want in that vaccine and they have no accountability for it,” Kennedy told California parents during a screening of the film “Trace Amounts” in 2015. “This is a holocaust, what this is doing to our country.” (Related: Vaccination now scientifically linked to learning disabilities in children; vaccinated children show 520% increased risk compared to non-vaccinated.)

Regarding Thorsen’s alleged misconduct, the report says it undermines the legitimacy of his studies, which were relied upon in large part to refute vaccine injury claims filed with the National Vaccine Injury Compensation Program (NVICP), which is run by the U.S. Department of Health and Human Services.

In addition, the report says, Thorsen’s ‘findings’ were used in the NVICP’s “Omnibus Proceeding” in which the agency dismissed 5,000 claims by families who said their children developed autism following vaccinations. “These claims, if settled in the claimant’s favor,” the statement says, “would have resulted in payouts totaling an estimated $10 billion.”

In a statement of his own regarding the new information and report, Kennedy, who is chairman of the World Mercury Project, said his organization “calls upon Attorney General Jeff Sessions to extradite Thorsen back to the U.S. to face prosecution. We also call upon Secretary of Health and Human Services Dr. Tom Price to retract the Thorsen-affiliated autism research papers that are the fruit of illegally conducted research.”

The scientific community has long known that mercury in all its forms — including mercury-laced thimerosal, a preservative that is still found in some vaccines — is a neurotoxin and can hinder neurological development.