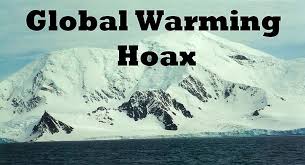 How desperate are the Left-wing authoritarians in the Obama administration getting to push their global warming/climate change hoax? Desperate enough, apparently, to consider prosecuting anyone who dares to question their climate change orthodoxy, even if they do so with facts on their side.

According to The Blaze, Obama Attorney General Loretta Lynch testified before a congressional committee recently that yes, her ‘Justice’ Department has indeed “discussed” taking civil legal actions against the fossil fuel industry for “denying” that the “threat of carbon emissions” is real when it comes to climate change.

During her testimony before the Senate Judiciary Committee hearing, Sen. Sheldon Whitehouse, D-R.I., just happened to mention that he believes there are similarities between the tobacco industry denying scientific studies proving the dangers of using tobacco (a familiar line of Left-wing attack, by the way) and fossil fuel companies denying studies that are alleged to show the treat of carbon emissions.

Sheldon went on to note that under President Bill Clinton, the Justice Department brought a civil case that it won against the tobacco industry, while so far the Obama administration has “done nothing” in regards to the fossil fuel industry.