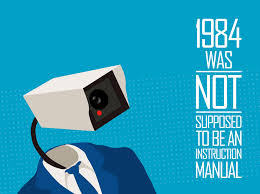 Roads and transportation are a major subject of sustainable development and smart cities.

The Mayor of London, Sadiq Khan, has published a transport strategy that outlines his vision of the future of transportation in Britain’s capital. The strategy conforms to his pledge to be London’s “greenest mayor” as it will reduce motor vehicle traffic while simultaneously encouraging walking and cycling. As a way to discourage motor vehicle journeys, Khan plans to charge drivers a distance-based fee for using city roads. While the scheme is likely to represent an important new revenue stream for the city (or the firm that wins the contract), the plan also seems to resemble parts of the global elite’s technocratic agenda.

First of all, London’s proposal is not the only one of its kind. Various forms of road charging are in use in countries around the world, with many more proposed; the type that charges motorists based on the distance they drive is often called  a ‘vehicle miles traveled tax’ (VMT tax). This type of scheme has so far been implemented in Germany, Austria, Slovakia, the Czech Republic, Poland, Hungary and Switzerland, as well as in several locations around the United States, such as Oregon with its OReGO program. Other similar schemes are being tested in countless locations internationally. Numerous think tanks and governments – including the UN and EU – have been urging the adoption of VMT taxes for some time, in what is clearly a coordinated international push.

An obvious problem with this idea is that charging for road use according to distance driven will discriminate against lower-income people and small business, but favour wealthier individuals and larger corporations. When Khan says, “we have to make not using your car the affordable, safest and most convenient option”,  he is clearly saying that using a car would become less affordable under the scheme. This broadly fits with the UN’s Agenda 21 plan, which aims to reduce the use of motor vehicles by the general public – as we shall see.

What Khan does not say is that the new policy would be used to raise revenue for London at drivers’ expense, which is not likely to be popular. As the BBC stated, “politicians don’t usually like talking about road charging.” Nevertheless, the revenue generated by the scheme is likely to be a powerful factor motivating Mayor Khan to attempt to introduce it. According to a study by the Policy Exchange, tax revenues from fuel duty could fall by as much as £170 billion by 2030 due to the ‘decarbonisation’ of transportation, largely as a result of the growing number of electric vehicles in use. With such a huge amount of money at stake, politicians are likely to try to make up for it in some way, either through the introduction of VMT taxes, new toll roads or a combination of the two.

Drivers already have an incentive to drive electric or low-emissions hybrid vehicles as these are exempt from road tax in the UK; within London, drivers have an even greater incentive to go electric, as these vehicles are also exempt from central London’s congestion charge. Fuel duty makes a very sizeable contribution to Britain’s treasury, and it has been reported in the past that British fuel tax is higher than that of any other country in Europe.

A further problematic aspect of distance-based road charging is that it will contribute to the ongoing erosion of our privacy. Many of the schemes rely on GPS trackers to calculate distance, and therefore track not only the distance driven but also the location of the vehicle. When combined with all the other forms of surveillance and tracking we are subjected to, will there be any privacy left?

Smart Cities & the Internet of Things

The issues surrounding Mayor Khan’s proposal go much deeper than its immediate economic effects or its effect on privacy, however. His transport strategy is almost certainly just one piece of a larger plan – to transform London into a smart city through the use of technologies such as the Internet of Things (IoT).

The internet is expanding from your desktop, tablet and phone into devices all around us, such as our dishwashers, fridges, televisions and whatever other devices and appliances you can imagine. Thanks to Bilderberger and former CIA Director David Petraeus, we already know that spy agencies plan to capitalize on the flood of data these devices will make available. According to Wired magazine, Petraeus told a conference for In-Q-Tel, the CIA’s venture capital arm, that IoT technologies would be “transformational…. particularly to their effect on clandestine tradecraft.” He went on to say:

“Items of interest will be located, identified, monitored, and remotely controlled through technologies such as radio-frequency identification, sensor networks, tiny embedded servers, and energy harvesters – all connected to the next-generation internet using abundant, low-cost, and high-power computing.”

Now take that idea and apply it to an entire city the size of London. The central idea of a smart city (similar to the ‘smart grid’ for electrical power) is to use information and communications technologies – especially IoT – to enable the city to collect, communicate and process data from all of its assets, with a view to better managing the city. This covers roads and transportation systems, buildings and land, hospitals and health services, water and energy infrastructure, waste management systems, law enforcement, and so on. Smart cities provide city managers an unprecedented amount of data about what is happening at every node of the grid, and therefore much greater control over the city.