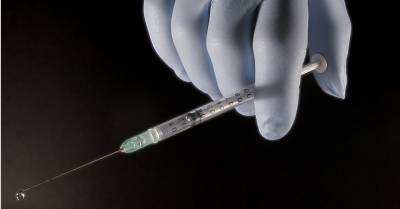 Canadian Concordia University’s kinesiology professor Genevieve Rail was awarded a grant of $270,000 to study the effects of HPV vaccines on the public.

HPV stands for human papillomavirus, which was suddenly declared the root cause of cervical cancer over the past decade.

Based on their study, Rail and study co-author Abby Lippman, a McGill University professor emeritus, published an op-ed article in Montreal’s Le Devoir newspaper questioning the safety and benefits of human papillomavirus vaccines. Their op-ed urged Quebec to halt HPV immunization until its dangers are independently investigated. Of course they were roundly attacked through the Canadian mainstream media.

The mainstream media piled on with remarks from the usual “prestigious” medical professionals who asserted HPV vaccinations safety and remarkable success at reducing ovarian cancer. Fortunately, several comments on Canada’s National Post article favored the Rail-Lippman viewpoint despite the article’s slyly negative slant toward their findings.

Oh, of course statistics provided by pro-vaccine agencies and Big Pharma were included in the National Post article that “prove” HPV vaccine’s efficacy and safety.

Somehow these “prestigious” medical officials have ignored the adverse reaction cases reported internationally among teenage girls, ranging from chronic fatigue to chronic seizures to partial and complete paralysis. The HPV vaccines, Gardasil by Merck and Cervarix by GlaxoSmithKline (GSK) have been pushed onto families with teenage girls and now teenage boys as cancer preventatives.

The Rail-Lippman four-year study involved 170 parents of teenage girls who were given the HPV shots, which usually are administered sequentially in a series of three. Rail has been the main recipient of pro-vaccine hysteria criticism, and she’s not budging from what she knows to be true.

“I’m sort of raising a red flag, out of respect for what I’ve found in my own study, and for the despair of parents who had totally perfect 12-year-olds who are now in their beds, too tired to go to school,” Rail said. “Yes, we’re going against the grain, and we are going against those who are believed, i.e. doctors and nurses and people in public health.”

Every Mother of a Vaccine Injured Child Was Once Pro-Vaccine

If you’re old enough to remember Mr. T, a favorite statement of his was “pity the poor fool(s)”. That’s my thought for the average vaccine indoctrinated sheeple. But my thoughts get nastier with the manic frothing-at-the-mouth vaccine fanatics, and downright vicious with the vaccine industry and its celebrated spokesman Dr. Paul Offit.

Offit has maintained that a newborn can receive 1,000 vaccinations safely in a day and aluminum is vital to our health. Offit is a mainstream media darling. Ignore Offit. He’s off it and has made millions with his vaccine patent. And ignore the presstitutes who feed off him.

In case you’re wondering, breast milk feeding supports a newborn while its immune system is developing over the next two or so years. And unbound or free aluminum, the stuff used in almost all vaccines, is a neurological toxin.

A couple of years ago, one of the lead HPV vaccine developers for Merck’s Gardasil, Dr. Diane Harper, came clean and warned that Gardasil was not only ineffective and unnecessary, it was dangerous. Harper mentioned the medically known fact that 98 percent of HPV warts among sexually active women heal on their own within a year or two.