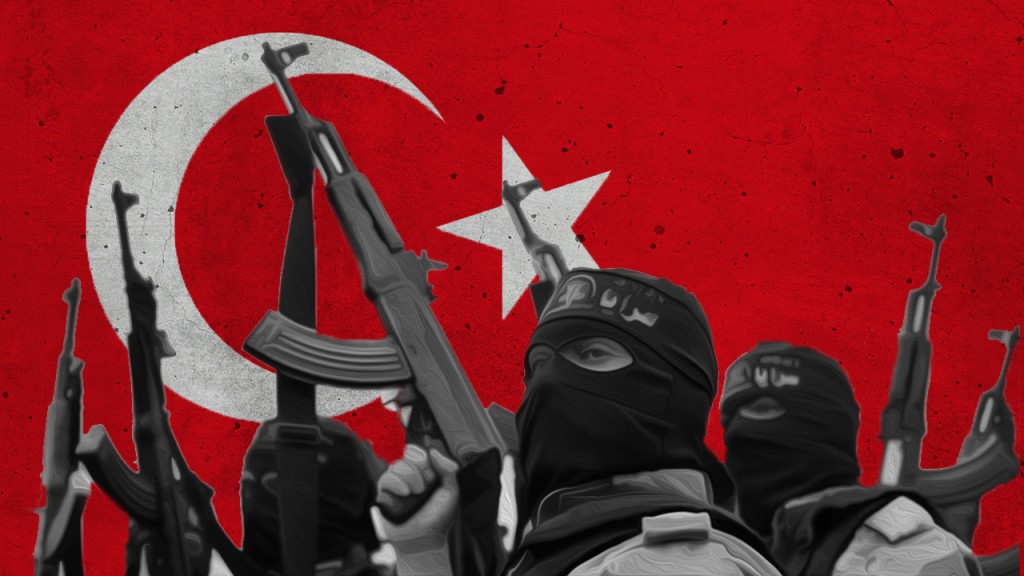 The Syrian crisis has just seen a drastic escalation in the potential for what could essentially turn into World War 3 with the Turkish military’s downing of a Russian jet over Syria under the guise of protecting Turkish airspace.

The Turks have argued that the Russian jet violated Turkish airspace, a claim which the Russians deny. While some evidence exists suggesting that the plane was indeed within Turkish airspace (only 9 seconds worth of traveling time if the coordinates are indeed correct), the Russian Defense Ministry has stated that “We are looking into the circumstances of the crash of the Russian jet. The Ministry of Defense would like to stress that the plane was over the Syrian territory throughout the flight.” At this point, the Russians are responding with cool and level heads. But, if the evidence available suggests that the jet was indeed safely within Syrian air space, it is unclear what repercussions face the Turks … but there will undoubtedly be repercussions.

Reports suggest that death squad fighters on the ground began firing at the soldiers on their way down, suggesting that the dead Russian soldier may have been killed before he ever reached the ground. The status of the other pilot is not yet confirmed but it is clear that the jihadists have either killed, captured, or are intent on doing both to him in the very near future.

Russian President Vladmir Putin has since labeled the downing of the jet as a “stab in the back by accomplices of terrorism” and that is exactly what it is.

Now, an emergency meeting of NATO has been called by Turkey. “The aim of this extraordinary NAC meeting is for Turkey to inform allies about the downing of a Russian airplane,” said Carmen Romero, NATO’s deputy spokesperson.

Turkey’s actions come as Russian and Syrian forces continue their march across Northern Syria and Aleppo and as terrorist targets in places like Raqqa are finally being destroyed from the air.

While the attack on the Russian jet shows, to some extent, the lengths to which NATO and particularly Turkey’s Erdogan will go to defend and support ISIS terrorists, we have now entered frightening new territory when NATO is willing to risk nuclear war over geopolitical interests and Neolithic savages in Syria.

Turkey’s undying support for ISIS and other related terror organizations should also be given honorable mention in the discussion of the possibility of war between the Russian and NATO alliance since it was Turkey who has attempted to fire the first shot of World War 3. Turkey has long been known as one of the most fervent supporters of terror in Syria since the beginning of the crisis. It has consistently allowed its territory to be used as a staging ground for ISIS, Nusra, and others to enter Syria for the purpose of destroying the secular government of Bashar al-Assad.