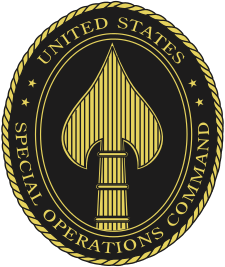 If you want to take over a nation, then first take over its airwaves. Broadcast your messages and interdict the enemy’s ability to broadcast theirs. When the U.S. attacked Iraq in 1991, or NATO bombed Serbia in 1999, among the first targets destroyed were TV and radio stations. When there is a military coup in Africa, the first buildings the rebels usually grab are the radio and TV studios.

So it is illuminating that the United States Special Operations Command (USSOCOM), the organization that oversees America’s elite special forces, is quietly searching for equipment that will effectively give it control over every FM and AM radio station in an area. The short, innocuous-sounding announcement on the Federal Business Opportunities site states that SOCOM seeks vendors to provide “a radio broadcast system capable of searching for and acquiring every AM and FM radio station in a specific area and then broadcasting a message(s) in the target area on all acquired AM and FM radio station frequencies.” SOCOM wants equipment that is both lightweight and sophisticated enough to detect and broadcast over multiple frequencies simultaneously. And SOCOM wants it fast.

“MISO units have the mission to broadcast information and messages to neutral, hostile and, in certain cases, friendly audiences,” says Bryan Karabaich, a former Special Forces colonel and a consultant to the U.S. government on information operations. “Obviously, to do that, one needs to know where on the broadcast spectrum people are listening and what is being said.”