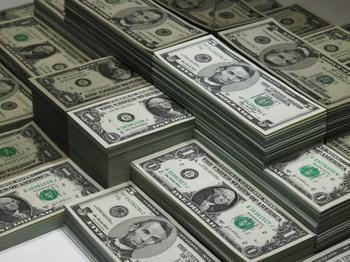 A clever reader with probably more knowledge of the Middle East than they would care to have put before me a very interesting question. Is the US laundering money to Saudi Arabia through Citigroup in order to “hedge” against, or compensate Saudi Arabia for the drop in oil prices?

I recently tweeted the reportage on the massive derivatives position being accumulated by Citigroup (the parent Holding Company) and Citibank (the bank held by Citigroup HoldCo) – $135 TRILLION. Citi is adding roughly $10 TRILLION PER QUARTER, and the bank is now holding MORE derivatives than the parent HoldCo, which is unprecedented and shocking. Even worse, the bank – the derivatives holdings of which are now “guaranteed” by the FDIC, which is to say the US TAXPAYERS, thanks to the Cromnibus bill – is where the exposure is being added – $9 TRILLION was added to the Citibank portfolio within the third quarter of 2014 alone – the latest available data. Citi is the only big bank that is INCREASING its derivatives position, all the other big banks have modestly reduced their derivatives exposure in the same time period. But Citi is piling it on as hard and fast as it can – NINE TRILLION $ IN ONE QUARTER!!

Do you know who the largest private shareholder of Citigroup is?