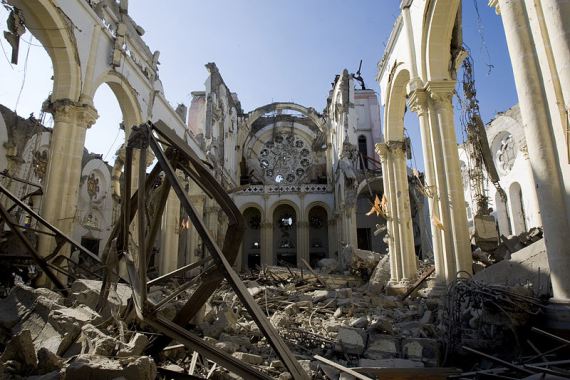 International NGOs have the potential to be world leaders in the provision of a better world for millions of people, instead they abuse their usually tax-exempt position, breaking promises and leaving people in misery.

Earlier this year, 21WIRE reported on the enormous scale of foreign foundation ‘aid’ fraud in Haiti, with ‘saviors’ George W. Bush and Bill Clinton at the center of this international scam. Now we learn that the Red Cross is involved in a similar turn…

Red Cross CEO Gail McGovern promised ‘brand new communities’ for earthquake stricken Haiti that would really ‘make donors proud’. 700 Houses were supposed to be built by January of 2013, yet only six were ever completed.

Former Red Cross employees blame a lack of ‘know-how’ and ‘development experience’. So, what exactly is anyone doing donating even a penny towards their ’causes’?

The Red Cross would end up subcontracting its development activities to other unknown groups, who would then claim extraordinary overhead and management costs.