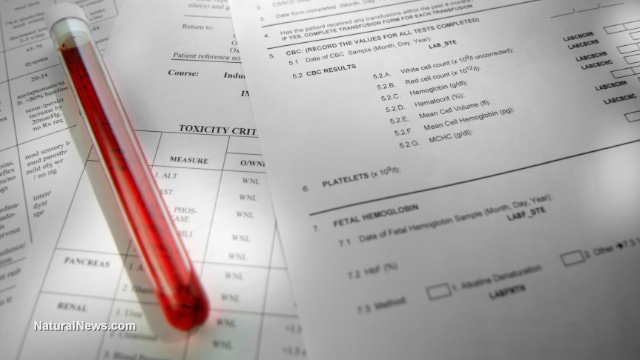 (NaturalNews) What is it about gluten and GMO that have the masses asking questions? What’s the latest debate that is constantly engaged on the best health websites in the world? How could it be that 18 million folks just can’t figure out their internal rotting-food problem? Who can’t figure out their inflammation, headaches and IBS, that leads to ulcers, prostate cancer, bladder cancer and pancreatic cancer, when 90% of the food on the shelves of America sticks in your gut, for days, and weeks and even years, in your digestive tract, and it contains pesticides.

Are you a weed or a bug, because if you eat conventional food regularly, you may be dying like one in the fields of Monsanto, Cargill and Bayer.

How would you like to get a glimpse into several GMO studies that you won’t hear about on TV, or read about in the newspapers, that explain how most conventional food gets processed and “fortified” with genetically modified ingredients that cause cancer? Take a look at the countries around the world that are screaming “NO!” to GMO. Countries all over the world ban GMO because of studies like the following:

1. Research from Canada has successfully identified toxic GMO pesticides in maternal and fetal blood, including Monsanto’s Bt toxin used in corn. The study is published in the journal Reproductive Toxicology. This study uses blood samples from 38 pregnant women and 30 non-pregnant women and points out how susceptible the fetus really is to the adverse affects of foreign chemicals that are not naturally produced (GMO/insecticide/pesticide).

The results provide baseline data for future studies exploring new areas of research relating to nutrition, toxicology and reproduction in women. This study is a “cornerstone in the advancement of research in this area.”

2. Pesticide inside gluten infects 18 million Americans — it’s not just an “intolerance.” A new study links GMOs to gluten disorders and comes to you via the US Department of Agriculture and the EPA, released by the one and only Institute for Responsible Technology (IRT), who really looks out for human health on this planet. You will be wise to review this one.

The authors relate GM foods to five conditions that trigger or exacerbate gluten-related disorders, including autoimmune disorder, America’s favorite sick care “catapult.” In fact, imbalanced gut bacteria is where it all begins, and the study delves into intestinal permeability, allergic responses and impaired digestion.

IRT is a world leader in educating policy makers and the public about GMO food and crop concerns. Keep reading.
(http://www.healthy-holistic-living.com)

3. GM corn and rat tumors linked! Rats and fruit flies and bees, oh my! They’re all dying from pesticides and insecticides when given to them as food, or sprayed on their food, or grown into their food using biotechnology gene mutation manipulation. How strange that animals should die when they eat chemicals. Just a couple of years ago, the journal of Food and Chemical Toxicology published a research paper called “Long term toxicity of a Roundup herbicide and a Roundup-tolerant genetically modified maize.” [emphases added]

If you’re not a frequent “flyer” of Natural News, then you probably don’t know a thing about it. That’s okay; you can learn about the study right now. Under controlled conditions, while examining the possible effects of a diet of GMO maize treated with Monsanto’s Roundup herbicide (only the most popular herbicide on the planet), rats died young with horrific tumors the size of golf balls. The conclusion? GM crop, despite the propaganda spread by the Biotech industry, is LOWERING the United States’ yields and INCREASING pesticide use.

GMO corn causes cancer in animals, and last time anyone looked, human beings are also animals. By the way, this was a LONG-TERM study, for all those biotech “enthusiasts” living in denial.
(http://www.gmoevidence.com)

For more precedent-setting studies, delve into the recent report from Collective-Evolution below. Also read about the Seralini study that should have never been retracted! Hundreds of top scientists know about reality, as do millions of health enthusiasts across the globe!