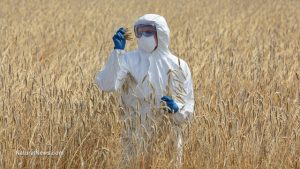 American researchers from the University of Virginia have conducted a 14-year study on genetically modified (GM) crops and pesticide use. They found that the widespread use of GM seeds has decreased the use of insecticides, but has increased the use of herbicides, as weeds become more resistant.

GM crops have been a heated topic of discussion because of the ongoing debate about the risks to human and environmental health. Monsanto claims that GM food will feed the world, while at the same time reducing pesticide use. But according to new research, overall herbicide use has risen dramatically over the recent years, causing severe environmental damage.