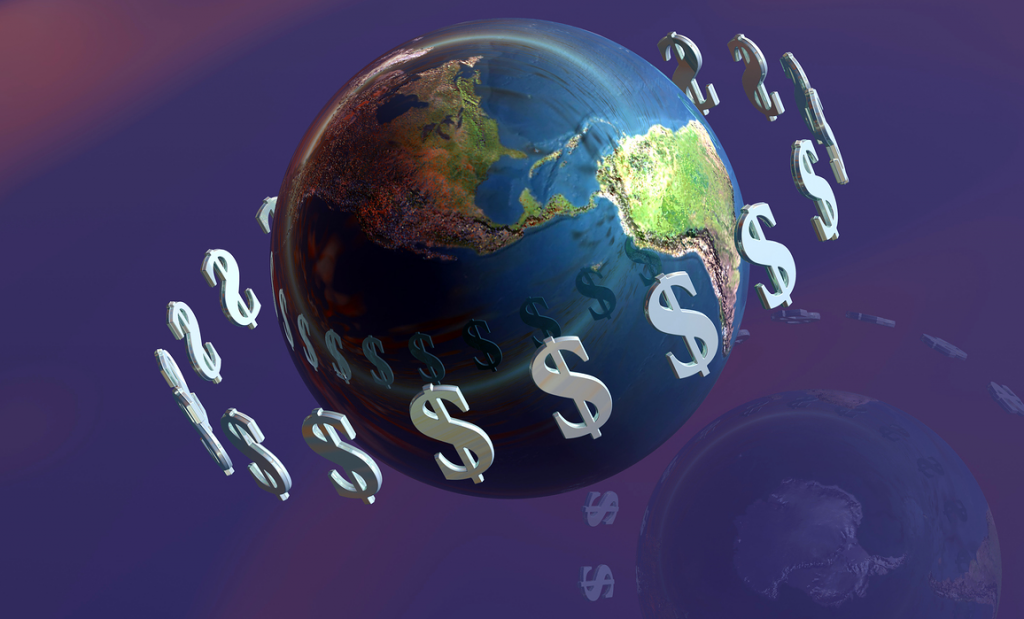 With the United Nations conference on climate change just around the corner, scheduled in Paris November 30 to December 11, the climate change delusional propaganda is being ratcheted up to historic levels. We are now hearing things which under normal circumstances would be considered downright crazy talk. There is something about delusions and insanity – if you put enough lunatics in a room together, they all seem normal in comparison to each other.

Unfortunately for the global warming alarmists who are completely immune to logic and reason or any natural laws of science, the atmosphere, sunlight or any other laws of nature that interferes with their personal tyrannical global government agenda, not everyone is indulging in this heavily funded blind climate change lunacy dogma that is seemingly sweeping the globe leading up the U.N. conference in Paris.

In fact, the kind of radical talk we’re hearing from those who are pushing the carbon tax agenda is so loud and scary that up to 130 countries are threatening not to sign the climate agreement in Paris unless it gives them specific wealth they are looking for to improve their own countries. Hopefully this resistance is an early sign of things to come. Hopefully nations and people around the world will eventually see all of the global climate talk for what it is – a global taxation scheme to fund the global government forever so they can complete their imagined goals of stripping sovereign nations and individuals of their rights. This process is already underway.

Meanwhile, as we approach the upcoming U.N. climate conference in Paris the runaway train of lunacy surrounding the global warming hoax turned climate change has not only risen from the dead but is now growing horns and sharp fangs and it’s looking to attack. The global warming beast is alive but in a Frankenstein kind of way. It’s an experiment (on humanity), it’s engineered, it’s artificial and “it’s alive” again.

The Monetization of All Human Activity

Hiding under the blanket of the fast-moving U.N. climate change agenda is a slow unveiling of a blueprint to monetize, through taxation, literally every form of human activity. This is evident by a recent seven-point plan revealed by two Canadian think tanks that states exactly what is needed:

broader changes to our economy beyond carbon pricing

This is a clear indicator that taxing everyone on the planet and thus funding the global government won’t be enough. Behavior control is what they are getting at. Keep in mind these discussions are being taken very seriously by the cooperating nations. In fact many pre-Paris conference huddles discussing points of contention are taking place as the globalists are stating what they claim to be the facts behind global warming. These points of contention include mitigation, fairness and money. So we’re talking about a global money casino charade which will make billions of dollars for the global government. Their first contention of mitigation states that – “all countries agree that greenhouse-gas emission which drive global warming must be curbed.” The point of contention is – “but by how much?”

Let this shocking first contention sink in. The declaration that CO2 causes global warming is blindly accepted as gospel never to be questioned. Based on this blind dogmatic blatant lie, which has been proven wrong over and over again, we now face a catastrophic metastasizing tyrannical global government takeover of humanity, and left-brain, left-wing progressive, climate changers are blindly rolling right along with this takeover of humanity just as planned many decades ago by the Club of Rome and the Committee of 300 who laid down the groundwork for this deceptive movement.

As if the recent coordinated ambush of humanity isn’t enough “negotiators” at the recent U.N. Climate talks in Bonn Germany resurrected the issue of having an “International Tribunal of Climate Justice” inserted into the agreement they are preparing for the Paris conference. This tribunal will allow nations to judge other nations for not cooperating with the climate agenda. Here’s a section of the text:

[An International Tribunal of Climate Justice as][A] [compliance mechanism] is hereby established to address cases of non-compliance of the commitments of developed country Parties on mitigation, adaptation, [provision of] finance, technology development and transfer [and][,] capacity-building[,] and transparency of action and support, including through the development of an indicative list of consequences, taking into account the cause, type, degree and frequency of non-compliance.

With the global community blindly moving forward with ideas for climate tribunals to vote on whether to punish sovereign nations (like the U.S.) thereby undermining national (and individual) sovereignty in the name of the global warming hoax, it’s time to get angry and start fighting back. It’s time for the scientific community to strangle this diabolical and phony climate movement that now threatens all sovereignty globally in the name of the global warming hoax which specifically blames CO2 for the warming of the planet and ignores the proven and obvious effect and role the sun plays in warming the planet. Both of these assertions (CO2 as the cause and the claim that the planet is warming uncontrollably) have been factually proven to be lies and ignore many facts about the atmosphere including the insignificant role played by CO2 and the enormous impact made by water vapor. It also ignores that over and over again NASA studies show that we have a net gain in arctic ice globally, that sea levels have risen but only slowly and that global warming has not occurred as expected over the past 14 years as reported by IPCC themselves in 2013.

What is true in all of this is the we all want (who doesn’t?) a clean planet and we should strive for a clean planet. However, that goal has nothing to do with CO2 (a necessary nutrient of the earth necessary for life!) emissions but instead with stopping the dangerous chemtrails spraying program which is releasing proven toxic metals into the atmosphere and destroying the planet and poisoning humanity. Hundreds of patents exist in the hands of the U.S. military and its contractors to prove these crimes and issue arrest warrants. So, yes, decreasing pollution is always a good thing, but it pales in comparison to the damage already done on the planet and continuing to be done at the hands of the global daily observed geoengineering which is the greatest crime ever perpetrated against humanity.

And speaking of geoengineering, as if this recent climate global taxation and tyranny agenda could not get any worse, author Oliver Morton has just written a book selling geoengineering as THE solution for climate change. The globalists failed to roll out geoengineering to the general public in 2013 thanks in part to alternative media exposing this effort, but that won’t stop them this time. Let’s keep an eye on this strategy to use global warming and climate change as an excuse to fool the general public into thinking that a “new” geoengineering spraying program will be the necessary “solution” for the good of the planet. We’ve all heard this song before.

Let’s stay calm, stay focused and not be fooled by the cascade of global government climate propaganda. Notice to the U.N. and all traitor politicians. You may have the left-brained, left wing “progressive” liberal crowd rooting for climate change and blindly accepting these global government measures to undermine national and individual sovereignty in the name of the global warming hoax, but the rest of humanity will stand for truth and freedom with regard to this issue. We will resist your lies and deception. Non-IPCC and non-government funded independent scientists all over the world must stand together against this global tyranny. Let us not allow them to take away our precious freedom and sovereignty as a nation. Let’s make sure they fail at both implementing their plans and at any attempts to punish our nation or the individual people for not complying with their phony made-up rules. We will refuse and not obey. It is up to everyone to share this information before it’s too late because you never quite appreciate something like freedom until it’s taken away.