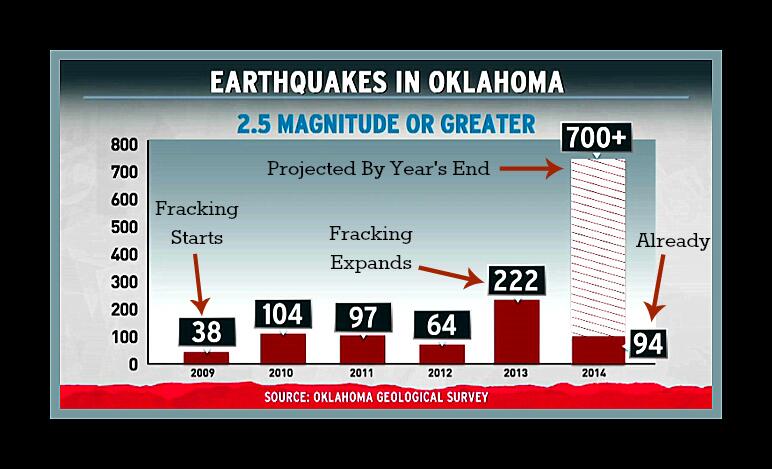 A recent study confirmed that fracking caused a number of sizable earthquakes in a small town in Oklahoma. There have been studies linking fracking with earthquakes in other areas so it’s worth looking into the implications to see what’s really going on here in terms of the big picture and related deception.

First, a brief explanation: Fracking is a method of hydraulic drilling; injecting high pressure fluid deep into the ground to fracture shale rocks that then releases the extracted oil and gas. 40,000 gallons of water containing 600 odd toxic chemicals such as methane, formaldehyde, uranium, lead, mercury and some carcinogens make up the fracking fluid.

Toxic chemicals such as methane gas leach out from the fracking technology and find their way into nearby groundwater. For example, it has been found that this affects local drinking water wells, raising the methane concentration by some 17 times higher!