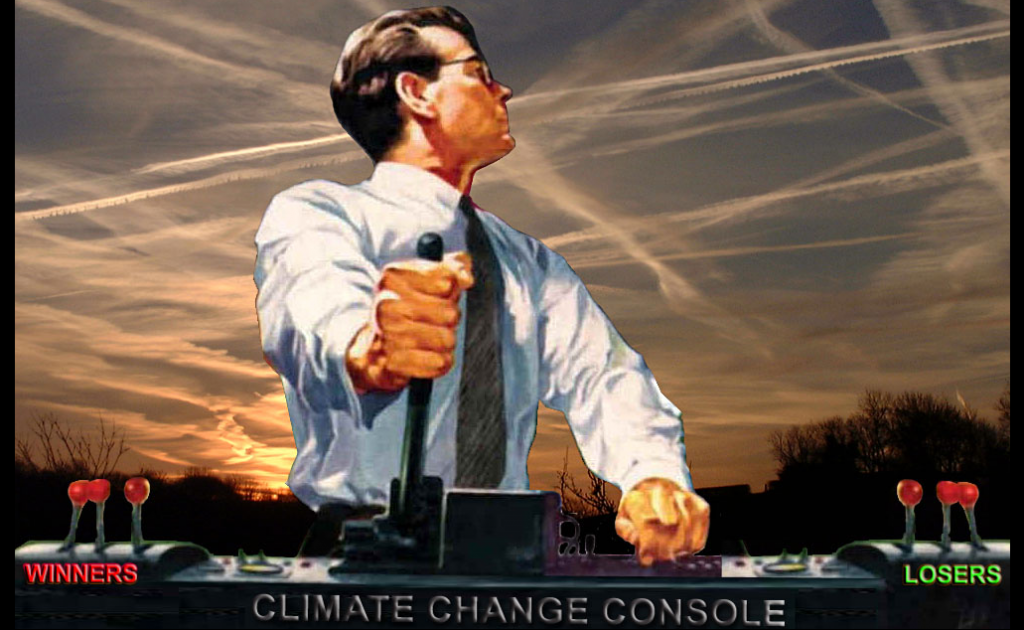 Because the people responsible for today’s New Manhattan Chemtrail Project are mass murdering and wrecking the environment, they feel a need to cover it up. They go about trying to firstly make the public believe that this is not happening and secondly, if it was, that it would be justified. Over the years, in order to maintain their façades, they have produced and maintained an incredibly huge and well oiled disinformation apparatus. The group most probably responsible for this apparatus is the Central Intelligence Agency (CIA).

This paper examines the historical and ongoing psychological warfare campaign lodged against the American people designed to simultaneously occlude and legitimize the New Manhattan Project and examines the information war.

A History of Deception

The New Manhattan Project is built upon a foundation of lies; chief among them is the theory of man-made global warming. Large-scale fear mongering about an out-of-control climate goes back to 1965 and has served as the rationalization for this global weather control project. The origins of the theory of anthropogenic (man-made) global warming are the origins of this coordinated disinformation campaign.

The first high-level document to assert the modern theory of man-made global warming was a little something called “Restoring the Quality of Our Environment.” This Orwellian 1965 report, written by the Environmental Pollution Panel of the President’s Science Advisory Committee, explains how CO2 emitted by man is causing global warming and therefore we may need to inject small particles into the atmosphere in order to cool the planet. Injecting small particles into the atmosphere to cool the planet is today’s Solar Radiation Management (SRM) geoengineering thesis. This is the thesis that calls for spraying toxic chemicals from airplanes.

The authors state that injecting small particles into the atmosphere can not only save us from global warming, but also achieve weather modification. The truth is softly spoken.