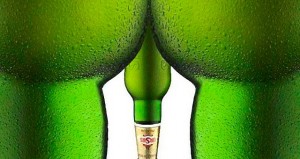 The reality is that we are all being conditioned to think and believe certain things without any rational explanation through subliminal messaging in advertising, music, film, television, political propaganda, and military psychological operations.

Considering the definition of the word subliminal – ‘existing or functioning below the threshold of consciousness’ – it is easy to downplay the power of this brainwashing technique because most people are not consciously aware that it is happening, yet, it is affecting their lives. Once you realize that subliminal messaging is real and start to pay attention, it becomes much easier to recognize the we are, indeed, all being conditioned to behave a certain way, to want certain things, and to believe in ideas, without being able to rationally explain why.

A common response to this type of revealing information is skepticism and disbelief that sexual innuendos or random words embedded in pictures or film will not impact a person’s willingness to buy a product.

Although it is a common assumption that sex sells because for most people it is associated with feelings of pleasure, excitement, enjoyment or even love, subliminal messaging is about much more than helping advertisers sell more product. These messages are designed to have an impact on general consumer behavior and affect people’s life patterns, thus molding society as a whole, creating and captivating more and more receptive consumers.

When bombarded with subliminal messaging, the mind is likely to trigger emotions, memories or feelings, without a person’s conscious recognition of why they feel a certain way. A person may not consciously realize why they start to become more attracted to certain behaviors, lifestyles or products, but they are more likely to succumb to the attraction.

“..subliminal ads are used as a technique not only to increase sales but is also used to divert youth and involve them in such type of behaviour which is only hazardous to the consumer.” ~ (Impact of Subliminal Messaging in TV Advertisements on Consumer Behaviour – A Case Study of Youth in Kashmir Province of J&K, Blue Ocean Research Journals, source)

Are subliminal messages contributing to a variety of economic, social, and political problems currently present in our culture, such as over-competitiveness, low self-esteem, obesity, over-consumption and debt? There are many examples that support this idea and demonstrate that subliminal messaging, over time, can have a powerful impact.

Take, for instance, advertising to women. If you look at any variety of ads that are targeted at women ages 18-35, an overwhelming majority will personify that women and girls should be thin, wear lots of makeup, style their hair in certain ways, and, of course, look very sexy. It almost appears as though it is the advertisers’ job to make young women feel bad about themselves.