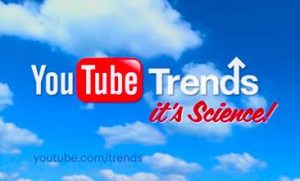 Social network says it’s assembled a team to build technology that allows you to ‘think’ commands at your smartphone. But what if you think that’s scary?

Decrying how addictive and attention-sapping smartphones have become was an unexpected way for an executive at Facebook, a company that profits off your attention, to open a talk. But that’s exactly how Regina Dugan, the head of Facebook’s innovation skunkworks Building 8, started her presentation at the company’s developer conference F8 on Wednesday.

Smartphones have been a powerful force in the world but they have had some “unintended consequences” she said.

“[The smartphone] has cost us something. It has allowed us to connect with people far away from us too often at the expense of people sitting right next to us,” she said. “We know intuitively and from experience that we’d all be better off if we looked up a little more often.”

Angrily telling people to put down the “addictive drug that is your smartphone” and honor the conversation in front of them is the “wrong narrative”, she said. “It’s a false choice. This device is important.”

So what is the answer to this very modern affliction? Mindfulness apps? Yoga? A digital detox?

Nope. According to Facebook it’s developing technology to read your brainwaves so that you don’t have to look down at your phone to type emails, you can just think them.

Facebook has assembled a team of 60 people, including machine learning and neural prosthetics experts, to enable such a system. Facebook is currently hiring a brain-computer interface engineer and a neural imaging engineer. Its goal? To create a system capable of typing one hundred words per minute – five times faster than you can type on a smartphone – straight from your brain.

“It sounds impossible but it’s closer than you may realize.”

She highlighted the example of a woman with ALS who had a pea-sized implant that could pick up on signals in her brain to allow her to type eight words per minute using the power of thought.

Facebook will have to develop a system that doesn’t require surgery to implant electrodes.

If the thought that a company that makes almost all of its money from harvesting your personal data could also have access to your thoughts is scary, that’s because it is.

See also: Facebook and DARPA are in a Race to Read Your Mind http://theantimedia.org/facebook-darpa-race-read-mind/?utm