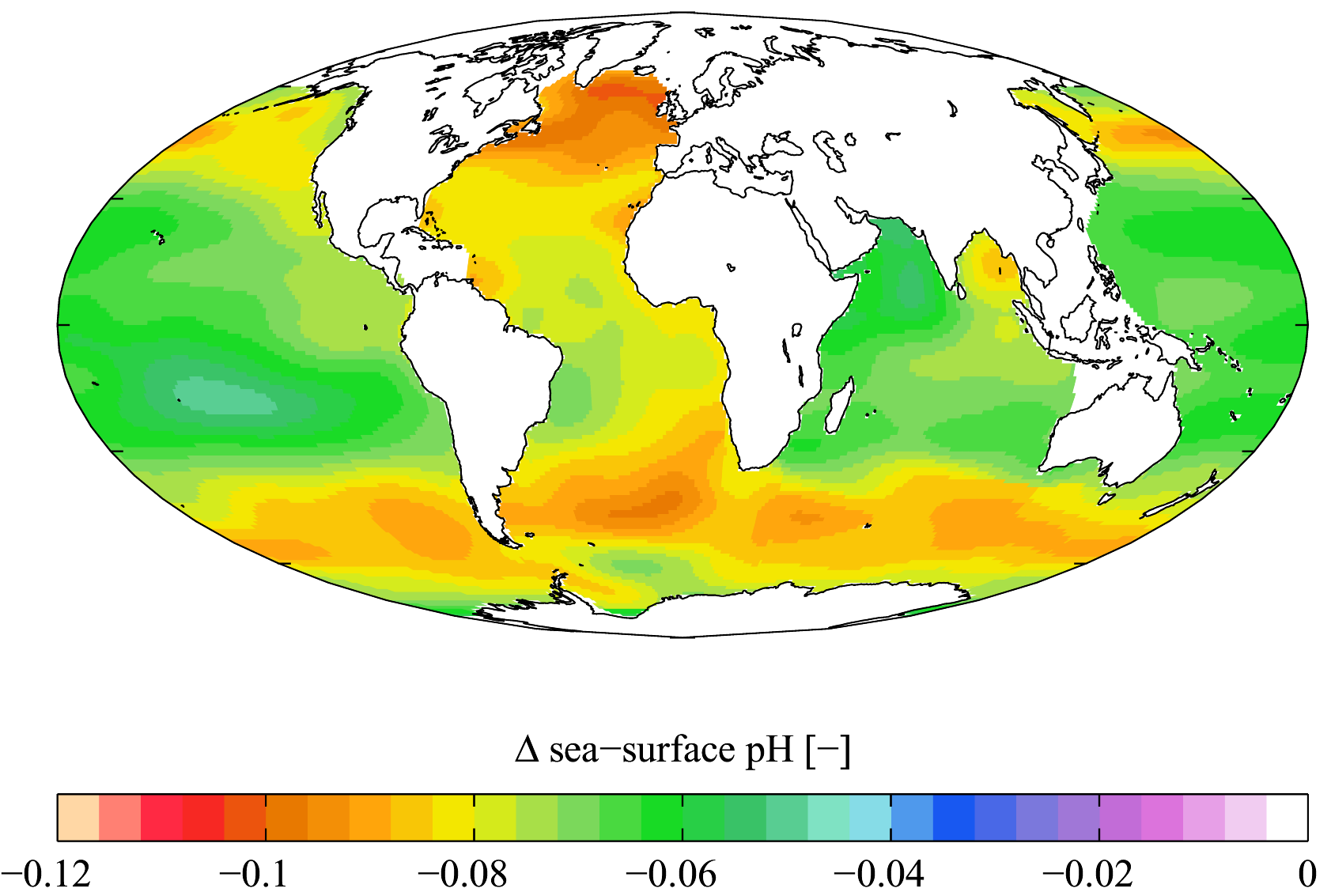 By Thomas Lifson
A startling discovery by a graduate student has uncovered what looks like a fraud remarkably parallel to the infamous “Hockey stick” graph of Michael Mann that purported to show global temperatures skyrocketing when atmospheric CO2 rose, but only did so because “hide the decline” was the operating principle in selecting data. For those who have not been keeping up with the alarmist follies, alleged ocean acidification has joined and supplemented the rapidly-fading alleged global warming threat as an urgent reason to stop emitting CO2, and hand money and power over to regulators who would control the production of energy, the very basis of modern life.

The theory is that adding atmospheric CO2 leads to the acidification of the world’s oceans, and this profoundly alters the ecosystem, endangering sea life. As Marita Noon of CFACT.org, who first publicized the discovery of the suspected fraud, writes:

“Ocean acidification” (OA) is receiving growing attention. While someone who doesn’t follow climate change science might think OA is a stomach condition resulting from eating bad seafood, OA is claimed to be a phenomenon that will destroy ocean life—all due to mankind’s use of fossil fuels. It is a foundational theory upon which the global warming/climate change narrative is built.

The science and engineering website Quest recently posted: “Since the Industrial Revolution in the late 1700s, we have been mining and burning coal, oil, and natural gas for energy and transportation. These processes release carbon dioxide (CO2) into the atmosphere. It is well established that the rising level of CO2 in our atmosphere is a major cause of global warming. However, the increase in CO2 is also causing changes to the chemistry of the ocean. The ocean absorbs some of the excess atmospheric CO2, which causes what scientists call ocean acidification. And ocean acidification could have major impacts on marine life.”

Within the Quest text is a link to a chart by Dr. Richard A. Feely, who is a senior scientist with the Pacific Marine Environmental Laboratory (PMEL)—which is part of the National Oceanic and Atmospheric Administration (NOAA). Feely’s climate-crisis views are widely used to support the narrative.