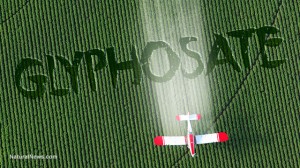 (NaturalNews) Some 31 European organizations have sent a letter to the European Union in a bid to stop the spread of glyphosate – the primary ingredient in Monsanto’s Roundup herbicide – across the continent.

The open letter, sent by trade unions, consumer protection groups and others including health, environmental and medical organizations, are pressing EU Commissioner Vytenis Andriukaitis, Commission President Jean-Claude Juncker and ambassadors of member states to limit the herbicide ingredient’s use due to concerns they have about its safety.

“In writing this we join voices with the 96 leading international scientists who, in an open letter published at the end of 2015, expressed their serious reservations about the EFSA and BfR’s assessments of carcinogenicity, describing them as ‘scientifically unacceptable,’ ‘fundamentally flawed’ and ‘misleading.’ We therefore call on you to not rely on the erroneous conclusions drawn by BfR and EFSA,” the letter states.