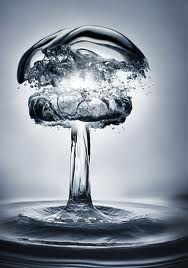 Many people are aware that the globalists are attacking humanity in every aspect on multiple fronts. However, what many do not realize is the globalist attacks upon humanity is present in every fabric of our lives. It is stories like these that make this fact so abundantly clear.
Venezuela: The Canary In the Mine

In a scene reminiscent of the 2008 bailouts in which Hank Paulson and friends raped the American economy, Venezuela’s economy is in shambles because its leaders are more worried about pleasing bondholders and importers than meeting the basic needs of its citizens.

Venezuela presently is a record $25 billion in arrears to importers and has its citizens waiting hours in line to buy drinking water. Further, its citizens are finding it increasingly necessary to cross borders in search of medicine. Meanwhile, President Nicolas Maduro is using the nation’s dwindling supply of dollars to enrich bondholders.

The real story in Venezuela is not the declining dollars, but the emerging water crisis. The situation is turning very threatening to the well-being of the population. If Maduro continues to serve the banksters and the preferred insiders, the water crisis could lead to a civil war. In fact, there are widespread water shortages across the planet that threaten to push the entire planet into a state of perpetual social unrest and even war could break out over control of this most precious resource.

According to the United Nations research and scientific studies, nearly two-thirds of the entire population inhabiting the planet will face severe, life-threatening water shortages by the year 2025. The reasons most often cited for the water shortages are waste and poor planning which will result in uneven distribution.

Presently this problem is primarily a third world problem. However, the UN report and other ancillary reports mention that England faces serious water shortages and the United States is not far behind England.