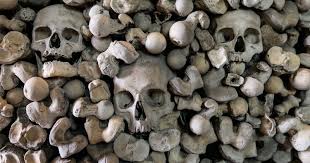 They’ve finally admitted it. After previously claiming they had no intention of killing off humans to save the planet, 11,000 scientists have now signed a paper demanding the world’s violent, corrupt governments actively take steps to eliminate the vast majority of the human population.

They’ve declared a “climate emergency” and have called for removing CO2 from the atmosphere to collapse the global food supply, leading to mass starvation, famine, disease and death.

This is the new “climate science” for you… it’s more like a Nazis-on-steroids “science death cult” run by lunatics and demons.