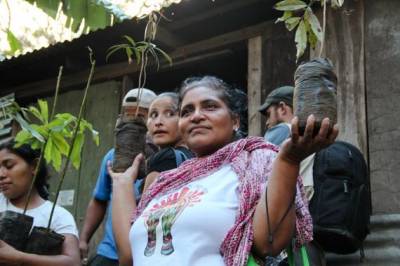 I regularly look at product labels because that is part of my job. So when I come across a label that says Direct Trade, or even “Direct Trade Certified,” I have to wonder why a brand would compel themselves to create something for consumers in order to differentiate themselves that really doesn’t mean much. As someone that has worked in the fair trade movement for 15 years, I always dig deeper into those claims to see what they really mean.

Many brands are frustrated by fair trade certification, and let me be very clear, it is certification, not fair trade they are frustrated with. There is a social movement to change the way we trade globally, allowing small-scale producers to participate and thrive, and to provide social services locally in impoverished producer communities that are not provided by local or federal governments. That social movement is called fair trade and it is alive and strong. It is fair trade certification that is broken. Fair trade is more than a logo or a brand, it is a movement to strengthen communities.

In many ways, the differences are captured in the name and can be summarized this way. Direct trade roasters want to focus on the relationship between the roaster and the producer with an emphasis on price and quality. They may be interested in eliminating exploitation in their supply chains, but they essentially mimic conventional traders who also do not worry about externalized costs or consequences of their transaction on the broader community or system. The direct trade differentiation is just in the higher price, “better” quality, and shortened supply chain.

Authentic fair traders want to change the structures of trade to make it more fair for everyone and they achieve this by working with organized producer communities. In these communities families are owners of a structure (for example a co-op) that allows them to take advantage of economies of scale, helps them gain access to capital and the market and helps them build infrastructure to allow them to scale their capacity and improve quality of what they are producing and how they are producing it. By organizing, they are able to work on policy change and community development as well, important components of really transforming our social structures that currently benefit the 1% and keep increasing numbers in poverty.